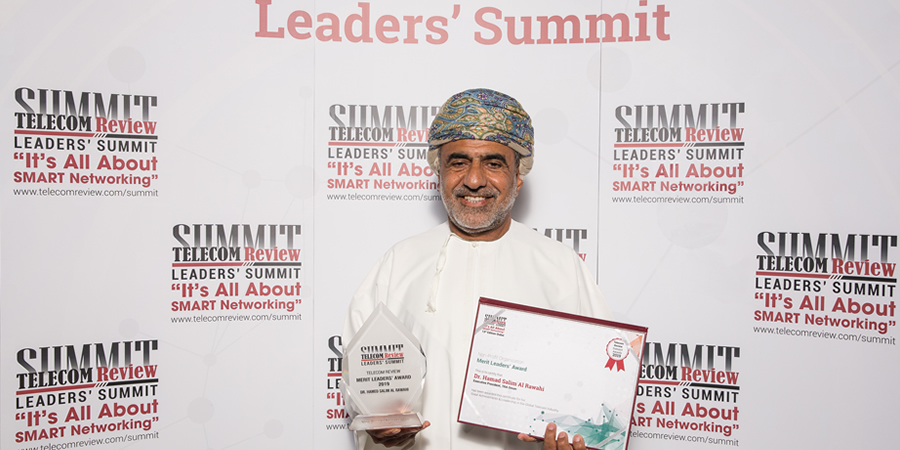 At Telecom Review Leaders’ Summit 2019, the Merit Leader Award for Non-Profit Organizations was presented to H.E Dr. Hamed Salim Al Rawahi- Executive President of the TRA, Oman.  He has been the CEO since 2011.

"This year's award winners represent the absolute best in our industry and we are very proud to honor these winners with such a distinguished award," said Toni Eid, CEO of Trace Media International and founder of Telecom Review.

Telecom Review recognizes his efforts in promoting telecommunication services, driving the development of infrastructure and the attraction of foreign investment into the sector which will result in further promoting the Sultanate's economy.

He previously served as a Non-Executive Independent Director at Bank Sohar, S.A.O.G. from 2007-2011 and Director of Omani Qatari Telecommunications Company SAOC from 2007-2011.

Commenting on the gathering of the Telecom Review Excellence Awards, Jeff Seal, Head of the Awards Committee noted, "These awards recognize not only the best of the best in the industry, but their achievements as individuals."