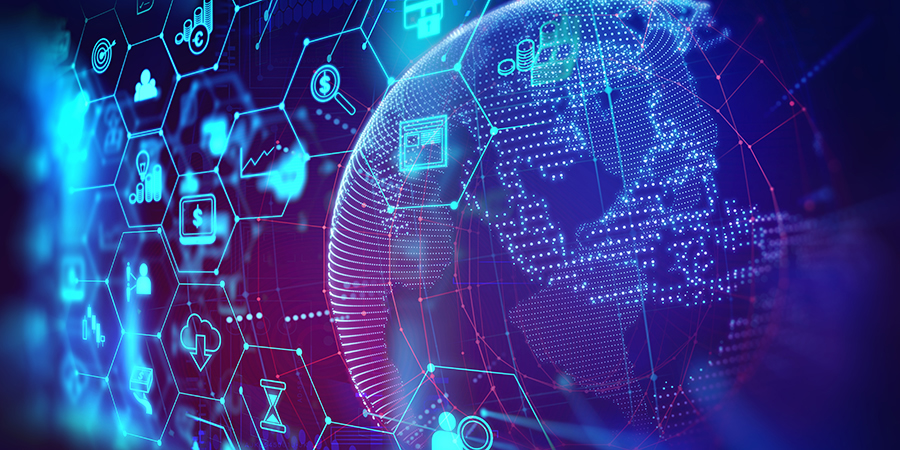 The word blockchain has been thrown around a lot recently and has become the ultimate buzzword within several industries. Applying blockchain in banking has become one of the most discussed topics within the banking and finance sector.

Blockchain, at its most basic level, is a chain of blocks through which information in its digital form (the block) is stored in a public database (the chain). It is a distributed ledger, meaning that it is shared across a network of computers and once a record is added to the chain, it becomes immutable. These records are then added to a block and each block contains a hash, which is essentially a unique code, of the previous block in the chain.

Some aspects of this distributed ledger technology that have attracted people and businesses all over the world are trust, accountability and transparency, especially when it comes to making digital transactions.

Blockchain has already disrupted a number of industries. It has the potential to cause tremendous changes, especially in the banking industry. It has the ability to completely transform this industry. Blockchain could get rid of bank branches and it could even have a positive effect on competition by lowering the barriers of entry into the market. This technology is very powerful in terms of all the benefits it could bring.

Within the financial services industry, the legacy sub-sector of trade finance has experienced minimal changes and has resisted digitization over the years. However, Blockchain technology could change the entire landscape of trade finance through making it more efficient and transparent, lowering cost bases and increasing revenue opportunities.

The main use case for blockchain tech in financial services would be cross-border payments.

In reference to this, Matthias Mende, Industry Advisor at Dubai Blockchain Center, stated, “Once blockchain is applied in banking, the remittance, like sending money, will be much cheaper because right now, banks are charging people a significant amount for wire transfers, which can be ridiculous and complete theft in my opinion. This does not only stop at banks, but also money exchange and transfer platforms such as Western Union as they also charge a great deal just to issue a cross-border payment transaction, which amounts to a lot of money. So I think the big advantage that blockchain poses in this situation would be a reduction in the transaction costs. This would be amazing not only because it would help people save more money, but it could also encourage others to support charities and causes without having to pay a huge transaction fee.”

In essence, blockchain-powered cross-border payments would enable the transfer of money to take place within seconds, meaning that it would not only save money, but time as well.

It is also vital to consider the fact that blockchain brings with it greater insurance and transparency.

The banking industry is one of the most susceptible sectors to an attack by hackers or cyber criminals, meaning that it requires a very high standard of security and blockchain can definitely be useful in this case. It could essentially diminish the threat and risk of fraud within the banking sector. Unlike legacy IT systems, it is decentralized, meaning that it is less prone to fraud by hackers and cyber-criminals.

Blockchain enables real-time payments to be made with greater transparency which could essentially allow banks to react in real-time to analyze transactions and prevent fraud from occurring.

“Blockchain, in its philosophy, advocates for decentralization and transparency. In terms of the technological applications in the banking sector, blockchain can bring greater transparency and automate fund allocation and provide a greater dealing in ledgering,” said Mende.

Blockchain is basically a ledger through which all types of information can be stored and is made publicly available for all participants within a group where they could all have access to and the ability to exchange the same data.

At every step of a transaction, blockchain is checked by independent miners whereby the real-time analysis and verification takes place. This distributed ledger technology could provide a historical record of all the transactions done by the banking customer, meaning that any malicious attempts against the data will be recorded as data within themselves, ensuring that third-party hacks are immediately recognized.

This could be used in the case of regulators looking for proof that the bank they are dealing with has complied with the rules as a means of clarification or in the case of an attack, hackers or entities could be identified.

However, it is also of the essence to consider that blockchain does not completely eliminate all types of fraudulent activities, but instead, significantly diminishes them.

There is no industry out there better suited to benefit from integrating blockchain into its operations more than the banking sector. Banks often operate for just five days a week which means that if one would need to deposit a cheque on the last day of the working week, it could take until after the weekend for the money to be processed. What is more is that if the transaction is made at any point during the business days, it would still take around one to three days to be processed which is not ideal.

However, once blockchain comes into the picture, customers could have their transactions processed within minutes; all that is required is a block be added to the blockchain.

Blockchain will enable banks to exchange funds in a more securely and very quickly. This is particularly useful in the case of the stock trading business where settlements and clearing processes could take a lot of time, about three working days domestically, and even more internationally. This would mean that the money and the shares will be frozen throughout that time, given the big amounts of money involved. While the money is in transit, it could become increasingly expensive and cause bigger risks for banks. Whereas through blockchain, consumers would be able to save money and pay less insurance fees.

It is no doubt that distributed ledger technology has a bright future in the banking sector due to all the advantages that it brings with it.