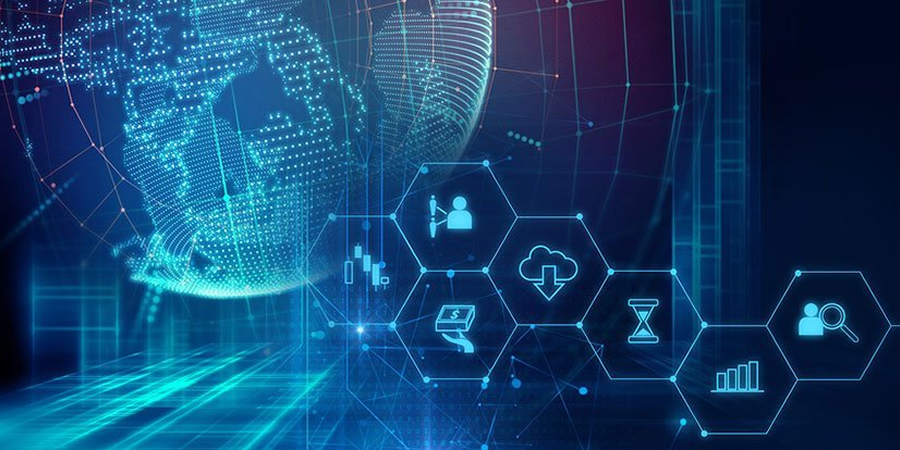 Many are of the belief that the next big trend in tech is humanity and how we can leverage emerging technologies for the good of humanity.

The human condition entails exploring the unknown, and this has led many down the path of great discoveries. Through this pursuit of the unknown, humanity has managed to push past the many boundaries of ‘existence’ and managed to go beyond to create amazing things. We, as modern day consumers, are reaping the rewards and enjoying the luxuries presented to us by these discoveries.

Emerging technologies entail 5G, augmented reality/virtual reality (AR/VR), internet of things (IoT), and artificial intelligence (AI). These technologies have added greater comfort to our everyday lives through several means. The ease at which we communicate with people who are far away and the efficiency at which we are able to impose on many crucial industries, are just mere examples of how emerging technologies are being used to better our lives as consumers, citizens and people.

The world has seen humanitarian crises come and go. Each era, decade or century can be characterized by their greatest humanitarian issue(s). There currently is a great deal of work being put into education, healthcare, economics and finance, among others. However, while most of the developed world is reaping the benefits of these state-of-the-art technologies, a substantial amount of countries are still lacking the access to them. If they did indeed have access to emerging tech, the possibilities for change and the improvement of their everyday lives are endless. Many societies and communities do not have access to some of the most basic human needs such as proper healthcare, education and nutrition.

According to the World Health Organization (WHO), in 2018, there were around 125 million people globally over the age of 80 and they predicted that by 2050, most people will be expected to live past 60, with their prediction reaching 2 billion. This means that the world will have to cater to an entire demographic which was once not so significant, bringing about a new wave of demands that need to be met and that is why it is essential for us to tackle this problem.

Emerging technologies pose endless possibilities when it comes to the improvement of the healthcare sector. One of the most pressing humanitarian issues of this decade is the growth of an aging population. It has been argued that the advancements in healthcare over the years have led to longer lives and hence, a rapidly aging population. Economies have been struggling to deal with the demand that comes with this issue and it has been said that problems such as higher labor costs in healthcare, a decline in the working-age population which has essentially created a vicious cycle of price/wage spiral and wage inflation, have lead to an increase in the cost of healthcare and the dependency ratio.

An aging population means that the ratio of carers to elders will decrease, causing labor costs to spike and perhaps even overworking available staff. The prospect of AI, machine learning, AR/VR and IoT could all be applied to help ease some of the consequences.

AR/VR could be used to initiate meditation and mindfulness for very sick patients, helping them relax and be less stressed as stress is said to be one of the most detrimental factors to a person’s mental and physical health. Robotics could also be useful in the case of the elderly in the way that they would be able to communicate with them in order to keep their minds active. This could be particularly helpful for patients who suffer from Alzheimer’s, Dementia and depression.

A study titled ‘The effectiveness of virtual reality for people with mild cognitive impairment or dementia: a meta-analysis’ stated, “VR offers cost-effective, accessible, flexible and comprehensive interventions for patients who have difficulty attending outpatient appointments due to distance, lack of transport or disability.”

In terms of mobility, autonomous vehicles could be very beneficial in the case of the elderly. This could also be applied to ambulances for hospitals. Autonomous cars are connected to a network through IoT which will enable greater safety for the passenger and at the same time, it could make decisions through its ability to monitor traffic flows, ensuring they reach the hospital in the fastest way possible for emergencies.

And of course, the prevalence of 5G and its promise for faster speeds and ultra-low latency will allow for all the above mentioned cases to function as efficiently as possible.

Education and the digital divide

Technology could offer the teachers and students of tomorrow exceptional resources to make education more accessible and interesting. There is no doubt that there remains a significant amount of disadvantaged children across the world who lack the resources to have a proper education. However, the main issue that needs to be tackled before giving them access to education is to tackle the digital divide by giving them access to the technology that they need.

In remote communities, teachers may face challenges when it comes to a lack of resources such a textbooks and other materials needed for teaching. However, mobile phones could be helpful when it comes to teaching because it could help provide access to educational content such as quizzes or texts that students could read. This could be interesting for the students and cost-effective for their families.

In fact, Aakash Ganju, CEO of startup SaatHealth in India, has set up an app which gives users in disadvantaged communities in India access to credible information on how to improve the health of their child, as well as nutrition and development. He believes that “choices are influenced by emotions, environment and by how options are presented.” He has achieved this through enabling young parents to make better choices for their children in a ‘gamified’ journey which encourages better and healthier behaviors in both parents and children through integration and strategic partnerships with the local micro-economy of the disadvantaged region. The use of the app has enabled healthier behavior and has proven to have a positive effect on empowering parents to make better decisions for their children. This is one very effective way to tackle the digital and educational divide.

In a crisis, information is key. Communication is very important in situations such as natural disasters or conflicts where passing on the right information could affect the lives of many.

Wearable IoT connected devices could help families locate and reconnect with one another or ensure faster rescue during conflicts.

However, in terms of natural disasters, the use of emerging tech such as AI could help detect earthquakes before they take place, ensuring that people who live in that respective area to find their own ways to safety.

Dr. Elizabeth Cochran, geophysicist at the US Geological Survey (USGS) stated, “There are thousands of kilometers of cables already criss-crossing cities. So, if we can tap into these cables and figure out how to interpret the data accurately, then there is a very exciting potential for very dense sensor networks everywhere that there are cables.

“For [early warning] we don't necessarily need highly precise information... we just need to know that large ground motions are occurring in an area.”

One of the most well-known use cases for emerging technologies is agriculture. The use of IoT connected gadgets such as drones or robots could help the agriculture industry flourish. With the promise of lower labor costs and higher productivity, drones could help with landscaping and robots could dig holes in the ground for more plants and trees, even in the most extreme climates. This would not only cut costs for businesses but it could also save many lives when it comes to areas of extreme temperatures.

Another use case for emerging technologies would be the saving of rainforests. In fact, 17% of the world’s carbon emissions are due to deforestation which has caused a number of species to become extinct. A non-profit startup called Rainforest Connection has put this use case to the test through the use of tech giant Huawei’s AI technology. They leverage emerging technologies through acoustic monitoring systems to listen to the rainforest in real-time in order to detect illegal deforestation. The UN has found that up 90% of rainforest logging is illegal. The RFCx monitoring system allows people to protect and respond to deforestation threats in real-time through alerts which are enabled through sharing large amounts of data on the ecosystem.

“The sound is picked up by these devices in the trees, it goes to the cloud, we pick out the sound and alert people on the ground. They’re like, “What?” And they jump on their motorcycles and they get out of there and they stop the loggers on the spot,” said Topher White, founder and CEO of Rainforest Connection.

The previous technology that they used was old and somewhat inaccurate that it very often picked up noises that were similar to that of a chainsaw, but were not damaging the rainforest in any way, and sent false alerts. In order to avoid this, they knew that upgrading their technology was necessary.

Rainforest Connection has Guardians, which are essentially old phones in trees that stream the sounds of the forest. The non-profit now tackles illegal logging in ten countries worldwide.

Additionally, a pressing issue is waste disposal. It can have damaging consequences to the environment if it is not tackled soon. Waste management has been proven to be one of the most toxic jobs; it has the ability to cause skin irritations, blood infections, reproductive issues and respiratory problems through exposure to a variety of harmful chemicals. Waste management is important for a variety of reasons, some of which include the health of any given population, and the environment as rubbish could cause health or water pollution and contamination.

This is where AI comes in, in the form of robots. Machine learning could be used to help these robots detect glass and plastic and to help differentiate them. This would put quality control in the hands of people, hence, lowering the health risks that come with waste management. Also, this would make the waste management system a great deal faster, making systems more efficient.

“AI solutions allow us to preserve this convenience and widespread adoption [of single-stream recycling] while ensuring that we aren't just shifting the labor of sorting to more vulnerable populations,” said Lillian Chin, lead author of the RoCycle paper and PhD candidate in electrical engineering and computer science at MIT. Also, robots will be able to pick up broken glass and not be affected the way humans are.