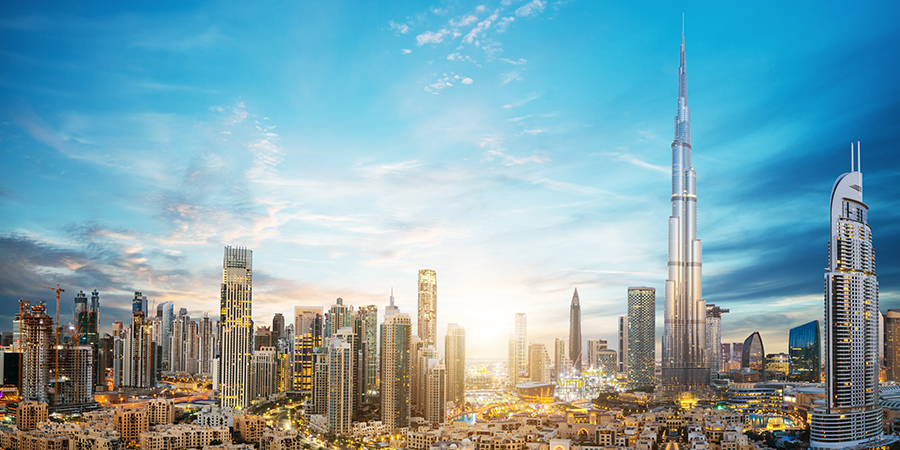 We currently live in a time where changes are stubbornly and relentlessly taking place and telcos have to incessantly deal with a different set of realities. Over the past two centuries, the ways in which we have communicated with one another as a society have changed immensely. Telecommunications, even in its early days, took the world by storm, changed the ways in which we communicated. The speed and manner at which it was done and gave way for industrial revolutions to take place - notwithstanding the fact that it keeps us all interconnected with one another.

Indeed, over the past century, the prospect of telecommunications has been revolutionary, and still is today, with new inventions and technologies readying themselves to be rolled out. With the constant improvements and changes that are being made to those technologies, it is no doubt that we will continue to evolve as an inter-connected society.

The telecommunications infrastructure that we are experiencing today is a far cry from what its pioneers would have expected it to become. The market has evolved tremendously and at such a rapid rate, giving us opportunities that our predecessors could have never dreamed of.

From the very first telephone in 1876 to the introduction of area codes, to 2G technology, to 3G, 4G and now 5G, the world of telecoms has incessantly had to deal with an entirely new set of realities.

Telecommunications in the UAE

As technology becomes more essential to the fiber of our society, telcos have had to alter their services in order to support the changing demands of an ever-growing consumer base of tech dependent individuals.

The United Arab Emirates was united in 1971, and the first telco to establish itself within the country was Etisalat, which was then called Emirtel. It was founded five years after the unification of the country, in 1976. The operator has, over the years, established itself as a pioneer in delivering the latest technology to its consumers and driving the digital future. In fact, it was the first operator in the MENA region to establish a mobile network.

The other UAE-based operator, du, was officially set up in 2007 under its parent company, Emirates Integrated Telecommunications Company (EITC). The operators within this duopoly market very quickly established themselves through their outstanding customer service capabilities and their ability to become more agile over time in coherence with the society’s needs.

In 2017, both telcos launched two more operators. EITC (du) launched Virgin Mobile at the beginning of September 2017 which was followed by Etisalat’s Swyp a few days later, as a response. Both Virgin Mobile and Swyp operate as MVNOs under EITC (du) and Etisalat, respectively.

They were both launched in an effort to target the tech-savvy youth within the country to essentially cater to people between the ages of 15 and 29. The packages offered by both MVNOs placed a greater focus on providing more mobile data rather than phone calls and SMS services.

Etisalat has achieved a great deal over the past 43 years and is now one of the most valuable brands in the MENA region. However, the operator is more than just that. It also provides broadband and is, in fact, one of the best in the region for its work in that field. The company is very well known for its efforts in rolling our fiber to the home (FTTH). By 2009, it rolled out FTTH in 85 percent of Abu Dhabi’s households, making it one of the first cities in the world to be covered by fiber. Indeed, Etisalat was deemed a global leader in fiber optic network solutions for two years running in 2018.

What is more, the telco was one of the first to launch the 4G LTE network within the region in 2011 and it was also the widest at the time. It has been relentless in its digital transformation strategy as it has been constantly investing and reinvesting in emerging technologies.

The telco has taken emerging technologies and applied it to various industries. Its work in this department is evident from the newly developed innovations which it has showcased time and time again at GITEX, such as the use of AI and IoT to transform retail, education and healthcare.

According to Dr. Ahmed Bin Ali, senior vice president of Corporate Communications at Etisalat, “Etisalat will continue to grow especially since we operate in one of the fastest growing and most emerging markets in Asia, Africa and the Middle East, and I think with our aim to lead the region in telecom, we will be able to provide our customers, shareholders and the community with the best service they can get.”

One of Etisalat’s most recent highlights was when it carried out the first 5G call in the region from the tallest building in the world, Burj Khalifa, in Dubai last month.

As for du, it came into the game later than Etisalat but has managed to catch up rapidly, constantly hopping onto the latest trends in telecoms and keeping up with the latest consumer demands. Not only did the telco provide a great deal of jobs within the country, but it also achieved one of the largest FTTH networks in the world and experienced exponential growth that by the end of their first year, it had three million customers.

Like Etisalat, du is also well known for its efforts in the broadband field. In fact, in 2010, it was the first in the UAE to launch and test the fastest mobile broadband, which at the time was 42.2 Mbps.

Marwan Bin Dalmook, senior vice president of ICT Solutions and Smart City Operations at du, said, “In the new era, digital transformation can’t be ignored, which is why we [du] are investing in our network, our people and our capabilities to deliver an enriched connected experience for all customers across the UAE.”

Du has been relentless in its local smart city initiatives.

“Particularly in terms of smart city agenda, which will revolutionize Dubai as a global innovation hub, du is laying the groundwork for SMEs to lead the smart city transformation through innovation and technology implementation,” said Hany Fahmy Aly, executive VP of Enterprise Business at du.

He also added, “With initiatives like Dubai Pulse, a central operating system for the city’s smart services and technologies, and Smart Concierge, which helps businesses solve visitor management problems through blockchain technology, du is providing the value-added services that support the smart city future for both the public and private sectors.”

The transformation of the UAE’s telecom landscape

The telecommunications market in the UAE is comprised of a duopoly, with the two operators being Etisalat and du, which have been competing head-to-head with the aim of being at the forefront of innovation. Although telecommunications and IT were separate entities in the past, they have now joined forces due to cloud computing. The UAE’s telcos quickly recognized that they needed to increase their versatility as service providers.

When looking at the market in terms of consumer needs, it is of the essence to consider the various products and services offered by these telcos that will satisfy the needs of customers. It is also vital to consider that these needs can change drastically over time. Indeed, we have seen our society revolutionize exponentially over the past decade and the telecom industry has been impacted the most. And as a result, it has also caused the greatest impact to further drive this transformation. So what exactly propelled this into existence?

As mentioned earlier, Etisalat and du have been rigorous in their use of emerging tech to disrupt the industry and smarten up the UAE. In fact, Etisalat plans to make the Expo 2020 area in Dubai the most connected point on earth.

The UAE is home to one of the most advanced markets in the region. Consumption patterns have changed as we live in a more digital-dependent society which is essentially the first and foremost factor that gave way for the telcos to change their business models and become service providers. Moreover, emerging technology is rapidly gaining ground in today’s world. With IoT, AI and machine learning, among many others being integrated into lots of the products we consume, it is no doubt we have reached a digital age of this capacity. In addition to this, the advent of social media is a significant factor which helped fuel this increased need for data. The amalgamation of the growth in mobile broadband and smartphone subscriptions, along with the proliferation of hardware and software, has evoked this change in the industry. This change is evident in the fact that Etisalat and du both invested in MVNOs (Swyp and Virgin Mobile, respectively) to cater to the needs of younger consumers. The UAE has some of the most tech-savvy consumer bases in the MENA region.

When Telecom Review asked Mavenir’s head of region in Dubai, Mark Charman, about the country’s readiness in terms of 5G, he stated, “I believe this region is very ready for 5G. The people are tech-savvy, always want the latest innovations and they’re ready to have the best handsets.  So, I would say the UAE is definitely 5G-ready. However, outside of the UAE, probably not right now.  We need to offer these operators a path from 3G to 4G/5G.”

Etisalat and du have already rolled out 5G network in the UAE and are currently installing 1000 and 700 basestations, respectively, which are expected to be completed by year-end.

However, it has been argued that 5G-enabled devices are quite expensive for many consumers and in order for the technology to be adopted properly, the devices need to be used. This could be a serious constraint with regards to its adoption. Also, operators will need to introduce plans that are more compatible with 5G network.

In another retrospect, 5G will be a golden opportunity for operators to transcend the world of IT and begin to collaborate with other sectors such as finance, retail, healthcare and transport. This marks a new chapter in connectivity for the UAE’s residents, businesses and public enterprises.

Fahad Al Hassawi, du Deputy CEO, stated, “As a foremost technology leader tasked with enabling digital transformation, we are committed to accelerating 5G adoption by providing advanced devices to consumers. The transformative potential of 5G will have a large social and economic impact on the country, and we are proud to be leading the evolution towards a faster, more connected future,” he added.

As for Dr. Ahmed Bin Ali, SVP Corporate Communication, Etisalat, he said, “We think that 5G will also provide them [customers] with new segments and angles to open up new revenue streams and generate new services which they themselves can provide to their own customers and to potentially open a new panorama to our different sectors.”