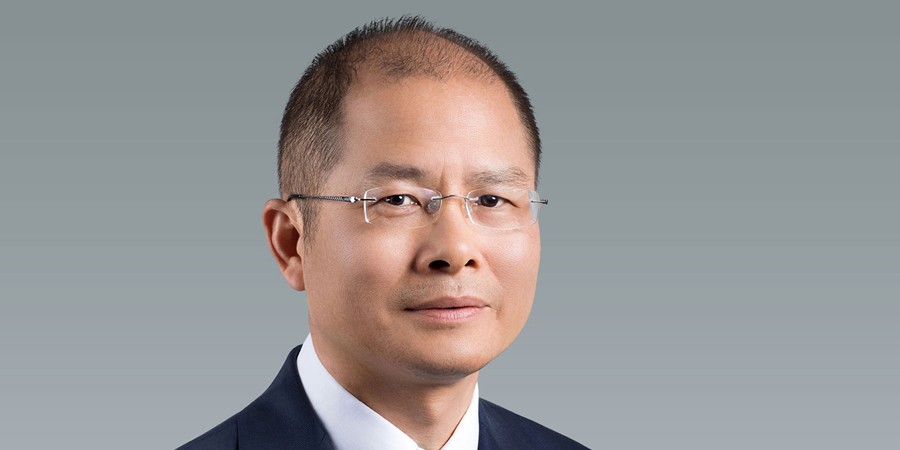 Following the controversy caused by how some countries have expressed security concerns over Huawei, Huawei Rotating Chairman Eric Xu addressed all of the issues currently being raised, at the Chinese vendor’s headquarters in Shenzhen, China and discussed Huawei's open engagements with external stakeholders.

Huawei has been subject of bans imposed by several countries on top of which are the US which claim that the Chinese colossus has direct relations with the Chinese government and dealing with it will compromise their national security.

On the US allegations, Xu said: “I don't know what their intention is. We virtually have no equipment that is running in US networks. No matter if it's AT&T, Verizon, T-Mobile or Sprint, none of them is using Huawei equipment. In the US, we do have several base stations that are being used by telecom operators, but those are very small rural telecom operators. The US is essentially not using Huawei's equipment, so what kind of a security threat can we possibly pose to the US? Since Huawei's equipment is not used in the US networks, is the US having the most secure networks in the world? I don't think so. Based on what we see right now, cybersecurity is no longer a technical issue, because technical issues can always be resolved through the right solutions. Therefore, we think cybersecurity is a political issue. And maybe an ideological issue.”

“It seems that the US government is not only interested in the cybersecurity itself. They're also interested in the cybersecurity of other countries. I don't believe that if Huawei shuts itself down, selling nothing to the world, then all the networks in the world would be secure. If someone can prove that if Huawei does not exist then people would not have to worry about cybersecurity and networks in the world would be secure, then probably shutting down Huawei would be a good option,” he added.

In spite of all the obstacles Huawei faced in 2018, its business figures were not affected and its performance remained as strong as ever.

On Huawei 2018 business figures and 2019 outlook, Eric Xu said: “Even though there have been so many different types of media stories, in fact these voices still come from a very small number of countries. For Huawei, our business operations are normal. Our revenue in 2018 reached US$108.5 billion. That was 20% increase compared to the previous year. We anticipate continued growth for 2019 at a rate of over 10% to reach US$125 billion in annual revenue.”

Huawei has been leading the way in 5G with the launch of cutting-edge solutions that push it one step closer into the actual deployment of the 5th generation technology.

“All the teams within Huawei that are focused on 5G development or 5G productization have a full confidence about 5G. They want to see better growth for our 5G business. I think this is totally understandable, because 5G is like their ‘son.’ They want their ‘son’ to be good. If you talk with those people, I think essentially what they say will be all positive. They will say 5G is coming soon, and demand for 5G is enormous,” Huawei rotating chairman said.

“I think there are three different types of markets in the world and the three different types have different requirements for 5G. The first type of market includes China, Japan, South Korea, and GCC countries in the Middle East, where data traffic consumption is growing very fast and there is real need for 5G. In those markets, I believe 5G will grow faster and the user demand for 5G will be greater than in other markets.

“The second type of market is Europe, where real demand for 5G has not come yet. Even 4G is not very developed in this market. Therefore, European countries would still go for 5G deployment, but the scale would not be very significant. One of the primary considerations for 5G deployment is for marketing and branding purpose.

“The third type of market is where 4G has not started in a big way. 5G would be pretty far away for those markets.”

As of the link with the Chinese government, Eric Xu said: “As a private Chinese company, Huawei falls under the jurisdiction of the Chinese government, so there must be some kind of link. But any suspicion, any guess, would at its very best, remain a suspicion and a guess. Mr. Ren also mentioned that as a privately-owned enterprise in China, if we want to pursue commercial success, we must follow our own business ethics. We will never harm the interests of any customer or nation.”

“China's Ministry of Foreign Affairs has already clarified that no law in China requires companies to install mandatory backdoors in their equipment. Up until now, Huawei has never received any such requests,” he added.

On the US China negotiations and Huawei CFO issue, Xu said: “Of course we look forward to positive outcomes from the trade negotiations between China and the United States. Because after such a long period of time, I believe both countries have seen the level of interdependence between the two sides. No party can live without the other. However, it has always been Huawei's position that we do not want to become one of the items on the negotiation agenda between China and the US. Because Huawei is too small compared with China and the United States. As Mr. Ren put it, we're just like a sesame. Definitely the national interests of two big powers cannot be affected because of one single company. Therefore, our position is very clear. We would resort to legal means to address this situation. We believe the legal systems of Canada and the United States are open and fair.”