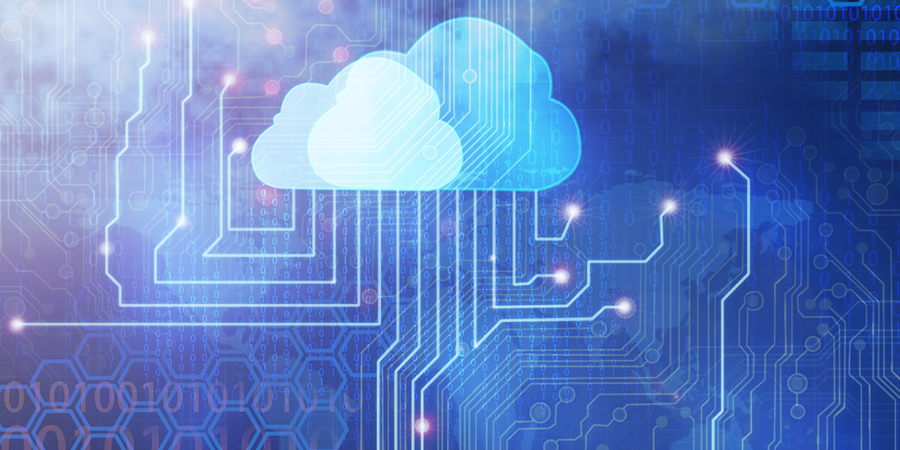 Cloud computing has been a trending topic for a good number of years. But recently, many are under the impression that edge computing will eventually replace traditional cloud architectures. This is almost certainly not the case. There are use cases, such as the internet of things, where edge computing architectures provide advantages over fully-centralized cloud designs, especially when talking from a networking and data storage standpoint.

On one hand, cloud computing was developed to reduce the equipment and operational costs of deploying a datacenter. It also provides flexibility in that computing, and storage resources can be added or removed as needed. The term cloud came about as an image of a cloud which was used to signify that the true location of the resources was unknown. In fact, the resources can be moved around among the cloud provider’s various facilities for load balancing.

On the other hand, edge computing is a form of cloud computing, but unlike traditional cloud computing architectures that centralize compute and storage in a single datacenter, edge computing pushes the compute - or data processing power - out to the edge devices to handle. Thus, only the results of the data processing need to be transported over networks. This provides precise results and consumes far less network bandwidth.

There are mainly four vital drivers pushing us towards the edge computing:

Today, we are connecting more devices and crunching more data quicker than ever before, knowing that some of the data may unnecessary to keep for a long time, which creates a bulk of unnecessary data if stored on the cloud. There will be a time when the cloud won’t be able to contain all data transferred there, and analogously, what happens when the clouds in the sky get full? It rains. It requires you to make alternative plans. Same in computing. This is where the edge comes in to take some of the burden off.

In fact, adopting the edge platform represents many advantages that one may be unaware of. Edge computing happens closer to the action it’s recording which leads to a faster communication between two ends, better data management, lower connectivity costs and uninterrupted connection - they work even when your connection to the cloud is affected. In addition, it reduces latency and jitter, improves the reliability of the network and has the added benefit of increased security.

The latency of hosted solutions demands a new approach, especially for time-critical processing – in some smart city or connected/driverless transport applications or healthcare devices, for example, where split-second reactions may be essential.

In order to describe the importance of milli-seconds, the Independent magazine gives the following example: Time travel to the UK in 2025. Harry is a teenager with a smartphone and Pauline is a senior citizen with Alzheimer’s who relies on smart glasses for independent living. Harry is frustrated his favorite online game is slow, and Pauline is anxious because her healthcare app is unresponsive.

Forbes predicts that by 2025, more than 80 billion devices, from wearables and smartphones, to factory and smart-city sensors, will be connected to the internet. Something like 180 trillion gigabytes of data will be generated that year and this will cause delays due to congested networks. Harry and Pauline’s frustrations will be the norm as apps communicate with distant clouds over a busy internet, becoming slower and less responsive. After all, seconds matter. Harry will have a poor gaming experience if there is a 50-millisecond delay on his smartphone. Even a 10-millisecond lag between the movement of Pauline’s head and the appearance of processed information on the smart glasses will cause motion sickness.

To imagine another futuristic scenario, a delay of one-tenth of a second could prove disastrous for an autonomous car driving at 70 miles per hour. It is not inconceivable, therefore, those limitations in cloud provisions could lead to life-or-death scenarios.

If there was any doubt about the increasing popularity of edge computing, you only need to look at the influx of major announcements and partnerships in the space for confirmation.

Two early adopter of edge services for the IoT, Dell Technologies and Microsoft, recently joined forces to create an integrated IoT offering to help vertical customers simplify IoT management, and enhance security between the edge and the cloud.

Microsoft CEO Satya Nadella acknowledged the company’s burgeoning edge business in its latest financial results, “Our early investments in the intelligent cloud and intelligent edge are paying off, and we will continue to expand our reach in large and growing markets with differentiated innovation,” he told Wall Street analysts.

“We reorganized our engineering teams to break free of the categories of the past and better align with the emerging tech stack from silicon to AI to experiences, to better serve the needs of our customers today and long into the future. And, most importantly, we drove innovation to deliver differentiated value across the cloud and the edge.”

Enterprises across vertical industries like transportation, manufacturing, oil & gas, smart cities, and utilities need to be able to make faster decisions at the edge. But when leveraging data from highly distributed and disparate systems and sensors, this can create operational challenges and slow down critical decision making. By utilizing Cisco’s IC3000 gateway, enterprises can process data at the edge without having to send it to a cloud environment or to an on-premise data center.

The gateway can be combined with Cisco software including Cisco Kinetic Edge Fog Module to extract, compute, and move data from all sensors to the right applications at the right time; and Cisco IoT Field Network Director (FND) to enable zero-touch deployment of the compute gateways and edge applications at scale.

Processing data at the edge requires the utilization of security and privacy best practices, which is where Cisco IOx comes in. With Cisco IOx, the IC3000 delivers four pillars of security for edge computing environments: Access control, integrity, data confidentiality and privacy, and threat and mitigation.

However, not every sector needs to rush to the edge, as Laz Vekiarides, CTO and co-founder of enterprise hybrid cloud storage provider ClearSky Data, explained. “Anything that doesn’t require real-time interactions can potentially run smoothly without edge computing. It really depends on how responsive your device needs to be, and whether or not it can live with the delays of going to and from the cloud. For example, I don’t need my smart thermostat to respond to me instantaneously. I can wait an extra 30 milliseconds for it to complete my request.”

To sum up, as we start to see more smart devices, drones, AI systems and machine intelligence taking hold, we’ll see a future in which the edge takes on more and more computing workloads. And as more endpoints become significant generators of data and as 5G networks expand, edge computing will come to the forefront.

Yet, cloud computing will always play a significant role in the enterprise, particularly as hybrid computing networks become better able to leverage edge technology where suitable and, likewise, utilize the benefits of the cloud for less urgent workloads. Ultimately, it’s a case of recognizing that cloud computing is no longer the answer to all of our data processing and storage needs. The edge is leaving its mark.