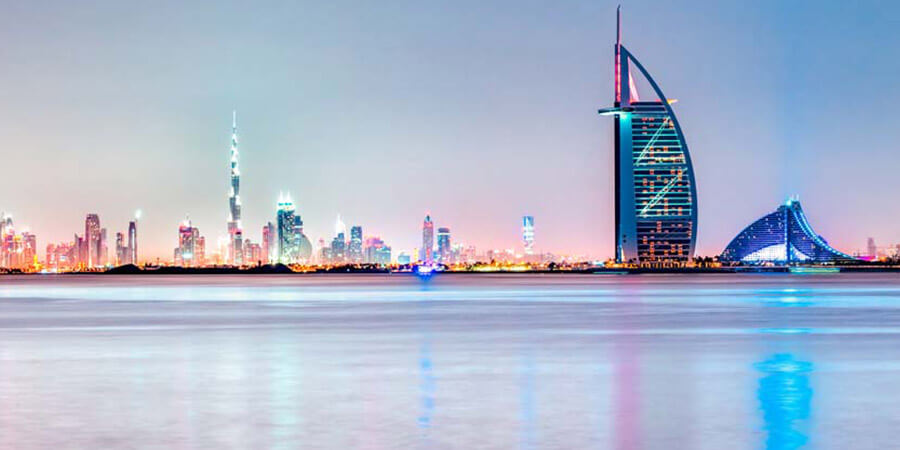 Youth in the Middle East and North Africa expect the Fourth Industrial Revolution to significantly impact their lives, while many are comfortable living in a future where robots exist alongside humans, according to the World Economic Forum's Global Shaper Survey 2017. The Middle East is embracing the Fourth Industrial Revolution - a movement that is expected to add over $266 billion to the Saudi economy.

According to the World Economic Forum's Global Shaper Survey, which polled over 1,600 people between the ages of 18 and 35, 58 percent of youth in the Middle East and North Africa (MENA) expect to experience significant changes to their working and daily lives as a result of technological change brought on by the Fourth Industrial Revolution. Fifty-two percent believe that studying and learning will also be affected by it.

The Fourth Industrial Revolution is described as a range of new technologies that are fusing the physical, digital and biological worlds, and impacting all disciplines, economies and industries. The movement has been characterized as the "second machine age", in terms of the effects of digitization and artificial intelligence (AI) on the global economy, following the Third Industrial Revolution that took off during the 1980s, when the internet and personal computers emerged.

Klaus Schwab, founder and executive chairman of the World Economic Forum, is convinced that we are at the beginning of the revolution that is fundamentally changing the way we live, work and relate to one another, which he explores in his book, The Fourth Industrial Revolution. Schwab sees as part of this revolution "emerging technology breakthroughs" in fields such as AI, robotics, IoT, autonomous vehicles, quantum computing and nanotechnology.

In his book, Schwab explains how previous industrial revolutions liberated humankind from animal power, made mass production possible and brought digital capabilities to billions of people. This Fourth Industrial Revolution is, however, fundamentally different, he says, as it's characterized by new technologies that are causing disruption and merging sectors.

The resulting shifts and disruptions mean that we live in a time of great promise and great peril, Schwab explains. The world has the potential to connect billions of people to digital networks, dramatically improve the efficiency of organizations, and even manage assets in ways that can help regenerate the natural environment, potentially undoing the damage of previous industrial revolutions.

As attitudes about technological innovation continue to shift in the MENA region, so too are attitudes towards living in a future alongside robots. The World Economic Forum survey found that 23% of respondents either agree or strongly agree that they would trust a decision made by a robot on their behalf. The study also found that 21% of respondents would be willing to have an implant inserted under their skin or in their brain to increase their capabilities.

The survey questions were said to be inspired by topics of discussions and workshops from the Annual Meeting of the Global Future Councils that took place in November 2017 in Dubai, UAE. Council members reportedly grappled with challenges such as redesigning labor markets that support inclusive societies in an age where intelligent machines are increasingly present in the workplace.

United Arab Emirates
The UAE has openly embraced the Fourth Industrial Revolution, announcing in January 2018 plans to open a Fourth Industrial Revolution Center in the country. The new center will be an expansion of the World Economic Forum's first San Francisco-based center erected in March 2017. Projects at the center cover multiple areas of technological innovation, including autonomous mobility, AI, blockchain, drones, precision medicine and IoT.

In cooperation with host governments and key companies, affiliate centers also being established in Japan and India will build on the work underway in San Francisco to close the gap between emerging technology and policy, the World Economic Forum said in a statement. The centers are poised to bring together business leaders, governments, start-ups, civil society, academia and international organizations.

The UAE's Mohammad Abdullah Al Gergawi, Minister of Cabinet Affairs and the Future, and Klaus Schwab, were present at the signing at the 2018 World Economic Forum in Davos, Switzerland, of the memorandum of understanding (MoU) whereby the UAE will establish a center for the Fourth Industrial Revolution.

Al Gergawi, who is also vice-chairman of the board of trustees and managing director of the Dubai Future Foundation, and Schwab, went on to sign a second agreement to develop the Fourth Industrial Revolution Data Protocol, under which the UAE government agrees to synchronize efforts in the sector.

Dubai Electricity and Water Authority (DEWA) is the first UAE government utility to join the Fourth Industrial Revolution Center in San Francisco, the organization announced in March this year. DEWA is the first utility in the Middle East and North Africa to establish an investment in the center, alongside the likes of Microsoft, SAP and ABB.

"At DEWA, we work in line with the vision and directives of His Highness Sheikh Mohammed bin Rashid Al Maktoum, vice president and prime minister of the UAE and Ruler of Dubai, to anticipate the future and innovate and use state-of-the-art technologies to achieve the best results," said H.E. Saeed Mohammed Al Tayer, managing director and CEO of DEWA.

DEWA has joined the World Economic Forum's Center for the Fourth Industrial Revolution as a partner to keep up with the rapid developments, anticipate opportunities and challenges, and develop long-term proactive plans and disruptive technologies, Al Tayer explained.

"The areas that we will be involved in include artificial intelligence, internet of things, blockchain technologies, autonomous mobility and drones," he said. "We will also participate in the development of international policies and criteria related to Fourth Industrial Revolution technologies. This supports our vision to become a sustainable innovative world-class utility," added Al Tayer.

The UAE's largest telecommunications provider, Etisalat, has also come on board supporting the Fourth Industrial Revolution, earlier this year touting its pre-commercial fifth generation (5G) telecommunications network that has been deployed in certain locations within UAE including Abu Dhabi and Dubai.

This initial deployment of an advanced 5G system will be a major enabler for the Fourth Industrial Revolution, the company said, and will create new business opportunities for Etisalat partners in the UAE including Intelligent Transport Systems (ITS), autonomous cars, smart health and education, among others.

"In addition to the 5G and smart city strategies, we will continue our digital transformation journey by further developing new capabilities including artificial intelligence, cloud computing, network virtualization and automation, and internet of things," said Saleh Al Abdooli, Group CEO of Etisalat. "By leveraging on our capabilities, Etisalat is able to deliver more agile and innovative services in a timely manner to the market."

Saudi Arabia
The Kingdom of Saudi Arabia has also embraced the Fourth Industrial Revolution, which is expected to add over $266 billion to the Saudi economy, with $240 billion coming from indirect wholesale, retail and manufacturing contributions, according to analysis by global consultancy A.T. Kearney. The Kingdom is focused on how to benefit from advances in technology to diversify and strengthen its economy away from oil dependence.

Saudi Arabia has been investing heavily in a number of sectors to diversify its economy away from oil dependence, but technology is of utter importance, says Mauricio Zuazua, partner at A.T. Kearney. In fact, the Kingdom saw spending on telecommunications and information technology services in 2017 reach more than $36 billion, according to the Communications and Information Technology Commission (CITC) in Saudi Arabia.

"Under the vision of H.R.H. Prince Mohammad bin Salman bin Abdulaziz Al Saud, technology is high up on the agenda for the Kingdom," said Zuazua.  "The Fourth Industrial Revolution future of production can add significant value to the Kingdom and will significantly impact the way we live our lives and do business."

The telecommunications and information technology services sector contributed around 6 percent to Saudi Arabia's gross domestic product (GDP) and 10 percent of its non-oil GDP, with significant investments from both the private and public sectors, said an Arabic statement by the Communications and Information Technology Commission sent to Reuters.

Social media site Facebook and online retail giant Amazon have both expressed interest in entering the Saudi market, as well as other international companies looking to invest in cloud computing, Abdul Asis-Ruwais, governor of the CITC said in the statement. The Kingdom's $45 billion technology investment fund with Japan's SoftBank will also generate more revenue for the sector, exploring how robotics can be used to benefit society.

The Middle East's more advanced economies appear to be surging ahead with plans to utilize technology and welcome the Fourth Industrial Revolution with open arms. But Schwab has warned that the movement won't come without its challenges. Governments could fail to employ and regulate new technologies to capture their benefits, he explains in his book, and inequality may grow as societies fragment.

Schwab calls for leaders and citizens embracing the Fourth Industrial Revolution to "together shape a future that works for all by putting people first, empowering them and constantly reminding ourselves that all of these new technologies are first and foremost tools made by people for people."