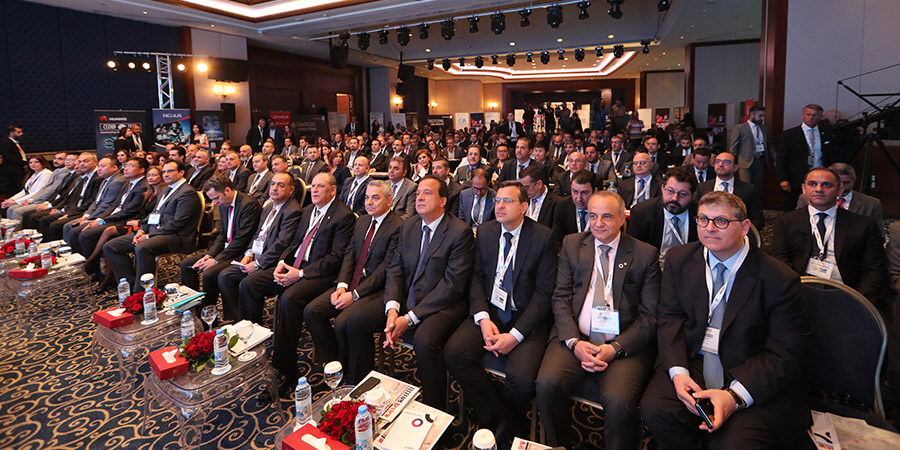 The 10th Telecom Review Summit kicked off in Lebanon on Friday April 13, 2018, gathering the country and region's most influential industry players under one ceiling. Held under the patronage of His Excellency Mr. Saad Hariri, President of the Council of Ministers of Lebanon, the Telecom Review Summit gathered over 450 attendees from over 18 countries, and hosted Lebanon's first 5G trial conducted by local telecom operator Alfa and Swedish vendor Ericsson.

What began as a humble gathering of the Lebanese telecom community ten years ago under the theme 'Friends of Telecom' has since developed into one of the industry's most anticipated events hosted by Telecom Review. CEO and founder Toni Eid reflected on this in his opening speech at the event held at Le Royal Dbayeh, giving special thanks to Lebanese ICT leaders who traveled across the world to participate in a panel for the first time.

"What started off as a small gathering grew to become an international summit held in Beirut and Dubai under two global brands: Smart Cities World Forums held under the theme 'Building the Smart Future', and the Telecom Review Leaders' Summit held under the theme 'It's All About Smart Networking'," said Mr. Eid. "Those ten years reflect the success of our event and the commitment and support of the ICT industry."

"The telecommunications sector nowadays presents new economic opportunities as a supplying need for other economic sectors," said His Excellency Jamal Jarrah, the Lebanese Minister of Telecommunications, giving a keynote speech at the event around the government's role in driving digital innovation in Lebanon.

"Telecommunications relates to many other industries and economic sectors such as manufacturing, entertainment services, and banking," he said. "Several studies indicate that the monetization of telecom infrastructure contributes to increasing the gross national product of the country and providing employment opportunities for a generation of educated young people."

The Ministry of Telecommunications in Lebanon is currently undertaking several important projects that will allow the sector to become enriched and serve the local economy, the Minister said, and will serve the younger generation and emerging businesses. The main project scheduled for implementation in the coming years is FTTH high-speed internet deployment, which the Ministry's telecom operations arm Ogero is currently undertaking.

Ogero is also undertaking maintenance on the copper network, a plan to repair what was destroyed in the past in order to help the fiber optics project to have efficiency as soon as possible, the Minister added. He also touched on the Ministry's deployment of an IMS platform (IP Multimedia Subsystem: a framework for delivering multimedia communications services such as voice, video and text messaging over IP networks), able to support 1 million subscribers.

This new system will allow operators to introduce new services and will reduce the cost of maintenance, the Minister said. 4G and LTE are also expanding in Lebanon, the Minister added, to cover remote areas of the country, with the addition of new sites to support it. Ultimately, the Ministry is dedicated to providing high-speed internet to citizens, enhancing and improving coverage of mobile services, and reducing prices while maintaining revenue streams, the Minister said.

From an operator perspective, Emre Gurkan, CEO of Lebanese telco 'touch', an operator managed by Kuwait's Zain Group, gave an update on projects the company is currently undertaking to improve telecom services in Lebanon. Mr. Gurkan alluded to Lebanon's rising data usage among citizens and emphasized the need for telecom operators to provide better services to facilitate this.

Reflecting on this massive growth, Mr. Gurkan shared his vision for the company going forward. He said touch will embrace the digitization movement by equipping its human capital and digitizing its core capabilities to transform into a digital network ambassador by 2022.

Alfa is touch's main competitor in Lebanon, but the two companies don't compete fiercely, Mr. Gurkan said. In fact, he said the companies agreed to compete in the digital domain instead of competing head-to-head on traditional revenue streams, which is in the best interest of Lebanese citizens.

Mr. Gurkan said touch's strategy is to digitize its core capabilities internally, expanding into areas such as e-commerce and mobile payments, and also focus on the enterprise and B2B sector. Youth is also an important area of focus for touch, Mr. Gurkan added, and the company aims to bring more young people into the company to diversify. He also said the company aims to monetize its core data and voice business and eventually begin the 5G journey.

Huawei's An Jian, President of Global Wireless Network Marketing Solutions, took the stage after touch CEO to share the Chinese vendor's vision during a keynote speech at the event which he deemed "very important" for the industry. Jian's speech focused on how fifth-generation (5G) networks will kick off a new era where all things will be connected. He said new technologies such as drones and autonomous cars - connected by 5G - will make life easier for people.

"5G will improve significantly the mobile broadband experience," said Jian. "From the perspective of technology, 5G is getting more and more mature," he added, predicting more 5G updates and tests to take place in the coming months. 5G will bring us not only a change in mobile communication, but also a change in our lifestyles, Jian explained, emphasizing how the technology will enhance economies and change the fabric of economic structure, influencing industries from manufacturing to automotive.

On the topic of 5G, Marwan Hayek, Chairman and CEO of Alfa (managed by Orascom TMT) followed Mr. An Jian with an exciting announcement: Mr. Hayek announced the first 5G live trial held at the Telecom Review Summit in partnership with Ericsson. The 5G test, which took place in the demo area of the event, achieved an internet speed of up to 25Gbps.

"We have always been pioneering and leading the technology revolution in Lebanon," said Mr. Hayek. "We have shown this at many stages of the company's life. It drives other sectors of the economy, grows the GDP and enables people to reach their potential." He noted how increasing the quality of connectivity has a direct impact on peoples' happiness, particularly among young people.

Mr. Hayek said Alfa's main goal is to help increase the happiness index since happiness is directly linked to better connectivity. "That's why we like to label ourselves as a provider of happiness rather than a provider of anything else," he said. "We achieve customer happiness and satisfaction by providing high-speeds to everyone, even those in remote areas," the CEO added.

On the topic of millennials, Rafiah Ibrahim said they have very high expectations of connectivity. Reflecting on the area she's responsible for, the Middle East and Africa, Rafiah said "the fluency of the generation will impact their expectations."

From a Lebanese perspective, Ogero's Kreidieh said millennials live and breathe digital lives and they are "shaping our future and determining the actions in the technology revolution in Lebanon." Education plays a critical role in this, Mr. Kreidieh added, emphasizing the importance of the younger generation to grow up as technology natives with the tools to thrive in the future.

"At Ogero we believe we have a very important role to play in investing and developing human capital," he said. "We are pleased to announce that we are engaging in discussions with major universities in Lebanon in order to create a cooperation program to host millennials and provide them with education by hosting them to equip them with experience when they enter the labor market."

The event was packed with interesting panels revolving around topics like FTTH deployment in the MENA region, the future of successful startups, cybersecurity and regulations challenges, digital health, Artificial Intelligence and Blockchain and digital currencies and e-government.

Attendees celebrated the success of the 10th Telecom Review Summit at the Gala Dinner organized for the occasion where H.E. Jamal Jarrah, Lebanese Minister of Telecommunications was awarded for his significant achievements for the Lebanese ICT sector.