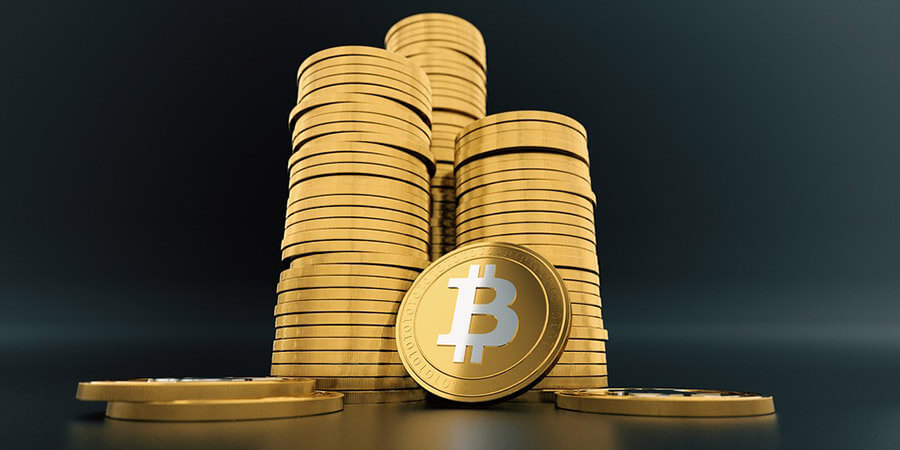 Popular crypto-currency bitcoin, famous for its fluctuations in value, has made some of its early investors into millionaires. But an expert speaking at the recent World Government Summit in Dubai warned that consumers need to look after themselves when it comes to digital currency, as they cannot rely on regulation to protect them from market volatility or cybercrime.

Invented by an anonymous founder, Satoshi Nakamoto, bitcoin is the first and largest digital currency in the world, where transactions are recorded in a public distributed ledger called the blockchain, with coins used in exchange for goods and services at over 100,000 registered global businesses. Bitcoin currency is unregulated and operates without the support of governance of a central bank, as regular currencies do.

The topic of crypto-currencies including bitcoin was raised at the 2018 World Government Summit in Dubai. Experts at the event said they predict bitcoin's market cap could double December's high point of around $600 billion in 2018. But bitcoin's value is far from steady - the virtual currency lost over half its value earlier in 2018 after surging more than 1,300 percent.

"Bitcoin is the goose that laid the golden crypto-currency, and because of its success last year, it has helped the emergence of hundreds of smaller currencies," said Nick Spanos, founder of Bitcoin Centre, New York City. "We should believe in bitcoin more than the currencies offered by central banks. History shows that something that is scarce, like bitcoin, has value. Crypto-currency is the people's declaration of monetary independence."

Bitcoin's recent surge has been attributed to panic purchasing and widespread media reports fueling interest in crypto-currencies, according to Jesse Powell, founder and chief executive of Kraken Bitcoin Exchange. He said media has drawn a lot of attention to bitcoin and drawn in new investors, particularly in Japan.

But he also warned that consumers need to "look after themselves" as they cannot rely on a machine or regulation to protect them from market volatility or cybercrime. The world's largest digital currency hack took place in Japan in late January 2018, worth around $534 million. Japanese crypto-currency exchange Coincheck was breached by hackers who stole NEM coins.

The company came under fire after it was revealed by the exchange's representatives that the funds were stored on a single-signature hot wallet, constituting a relatively low-security environment. Coincheck announced it would refund the stolen money to the affected users, using its own capital, the company said in an announcement.

The Coincheck digital currency hack was the largest since 2014 when another Tokyo exchange, MtGox collapsed, after admitting that $400 million (850,000 bitcoins) had been stolen from its network. MtGox later found 200,000 bitcoins in an old digital wallet.

The shutdown of MtGox shook the digital currency world, influencing a new licensing system that was established in Japan to increase oversight of local currency exchanges such as Coincheck. Marc Ostwald, a global strategist at ADM Investor Services International in London, told Bloomberg it's difficult to tell what the lasting impact of the Coincheck hack will be.

"Japan is one of the most pro-crypto trading countries, among the G-20," he said. "In Japan, they don't really want a wholesale clampdown. So it will be interesting how Japanese regulators respond to this, if they indeed do."

The development team behind crypto-currency and blockchain platform NEM announced that it's working on an automated system that will track the stolen coins and tag all addresses that receive the stolen money, Coin Telegraph reported. This will allow any crypto-currency exchange to blacklist the accounts of hackers, preventing them from cashing out their illegally obtained funds.

NEM price has declined since the beginning of January as a result of the Coincheck hack. The hackers have already converted about $84.7 million into other coins via the dark web, according to reports, offering a 15% discount. NEM Foundation, the company behind the coin, is marking the accounts into which stolen coins are being transferred. But the number of such receiving accounts is multiplying and the Foundation simply cannot keep up.

Conversations around crypto-currency regulation are taking place worldwide in response to these events. Governments and regulators find themselves divided on the issue of digital currencies, which have already spawned investment scams promising returns of over 1,000 percent and hacks on the exchanges that store the virtual funds, as evidenced by the aforementioned hack in Japan.

The finance minister and central bank of governors of France and Germany have called for the policy and monetary implications of crypto-currencies to be placed on the agenda of the upcoming G20 meeting, Reuters reported, which gathers the largest advanced and developing economies to discuss collaboration on pressing issues.

In late February 2018, Britain's cross-party Treasury Select Committee of lawmakers launched an inquiry into digital currencies, as well as the underlying distributed ledger technology, blockchain. The committee said in a statement that the probe will focus on the opportunities and risks posed to consumers, businesses and the government.

"People are becoming increasingly aware of crypto-currencies such as bitcoin, but they may not be aware that they are currently unregulated in the UK, and that there is no protection for individual investors," said Nicky Morgan, chair of the Treasury Committee.

By gathering written and verbal inputs from a range of experts on digital currencies, the inquiry will consider whether the UK government is striking the right balance between protecting customers and businesses without stifling innovation.

In the Middle East, the Gulf Cooperation Council (GCC) countries will come up with a regulatory framework for crypto-currencies "very soon", a top official from banking group Emirates NBD said in late February. Dubai Multi Commodities Centre said it will start issuing licenses to allow firms trading in crypto-commodities, including currencies, to operate in its free zone.

Hendi dismissed moves by several banks in the United States and United Kingdom that announced plans to ban the use of credit cards to buy and sell crypto-currencies after bitcoin's value dropped in February. He said the same people dismissing blockchain and crypto-currencies are the same people that dismissed the internet when it was founded in the nineties and thought it would be a utility that only a handful of people would use.

Abu Dhabi's markets regulator, the Financial Services Regulatory Authority (FSRA) of the Abu Dhabi Global Market, said in February it is "reviewing and considering the development of a robust, risk-appropriate regulatory framework to regulate and supervise activities of virtual currency exchanges and intermediaries."

The FSRA has acknowledged concerns over the issues of crypto-currencies being used in money laundering and terrorist financing, as well as the risk of cyber-attacks. Like its counterparts in other countries and regions such as Japan, the EU and Singapore, the FSRA said it's also exploring a framework to supervise crypto-currency exchanges regarding these risks.

In the United States, policymakers are reportedly moving to consider introducing new rules that could impose stricter federal oversights on digital currencies. Policymakers told Reuters that bipartisan momentum is increasing in the Senate and House of Representatives for action to tackle the potential risks of digital currencies to investors and the financial system.

Even conservative Republican politicians, known for being wary of government red tape, have agreed that digital currencies threaten the US economy. Republican Senator Mike Rounds, a Senate Banking Committee member, said there is "no question about the fact that there is a need for a regulatory framework" around crypto-currencies.

Digital assets currently fall into a jurisdictional grey area in the United States between the Securities and Exchange Commission (SEC), the Commodity Futures Trading Commission (CFTC), the Treasury Department, the Federal Reserve and individual states. Some policymakers are pushing for digital assets to be regulated subject to the SEC's investor protection rules.

"A lot of people don't realize there's nothing backing these virtual currencies," said Carolyn Maloney, a Democratic senior member of the House Financial Services Committee, an advocate for the SEC to have oversight of digital assets.

But while policymakers are keen to mitigate the risks digital assets may pose, they are also mindful, like policymakers in the UK, of the need to protect innovation. It's a fine line between protecting consumers and squashing potential for financial opportunities.
Tweet