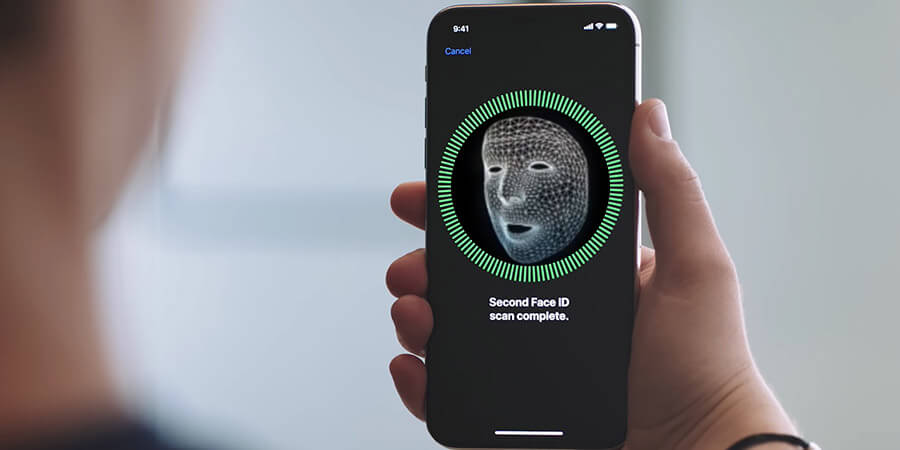 Despite privacy concerns, more than a billion smartphones will feature facial recognition capabilities by 2020, Counterpoint Research estimates. But the technology will have a much wider range of use cases beyond smartphone authentication, including augmented reality and other applications such as security. The technology is already being implemented by police in China and the UAE.

When Apple launched Touch ID in 2013, it set a trend in consumer mobility. Smartphone manufacturers around the world followed Apple's example and integrated fingerprint sensors into their devices. Manufacturers did so to such an extent that fingerprint-based security is now considered standard issue on even budget-range smartphones. But with the launch of Face ID in 2017, Apple may have triggered a new trend.

Going forward, Counterpoint Research predicts more smartphone manufacturers to opt for facial recognition choosing between 2D and 3D facial recognition technology "based on the price positioning of their product." The research firm estimates more than a billion smartphones will ship with facial recognition in 2020. Leading the pack will likely be Apple and Samsung, followed by Chinese players like Huawei, Oppo, Vivo and Xiaomi.

Whether or not facial recognition is more convenient than a fingerprint scanner is up for debate. Counterpoint Research Director Peter Richardson said whereas facial recognition may not be the most convenient way to unlock a phone under all circumstances, it is "well-suited for applications that require higher security, such as mobile payments, and where speed is not necessarily of the essence."

While there has been an undeniable trend towards contactless authentication, predominantly to accommodate larger screens, Counterpoint believes that the fingerprint sensor is "far from dead". In the future, mobile devices will combine biometric sensors for the face, iris, voice and fingerprints, the research firm predicts. Rather than competing against each other, each biometric technology will be layered on top of each other.

"In 2018, we expect all leading handset manufacturers to launch flagship handsets with facial recognition capability," said Counterpoint Research Director Neil Shah. "Some will also be inspired by Apple's 'notch' design, though this won't be necessary in every case to deliver the face recognition technology - it will be more of a fashion statement."

AI-driven security
Facial recognition technology driven by artificial intelligence (AI) will have a much wider application beyond smartphone authentication, including applications which require accurate and sophisticated 3D sensing technology. Beyond smartphones, facial recognition has been adopted for security purposes in countries around the world, from China to the United Arab Emirates (UAE).

Chinese police are using "smart glasses" that can recognize faces in busy crowds using facial recognition technology. Chinese newspaper People's Daily reported in February 2018 that police in the Chinese city of Zhengzhou were using the smart-specs in preparation for the Chinese New year travel rush - one of the busiest travel periods in China. The glasses appear to feature a camera module that connects to a smartphone-style device running a police app.

Facial recognition is becoming ubiquitous in China. In 2015, the Chinese Ministry of Public Security announced it was looking to introduce an "omnipresent, completely connected, always on and fully controllable" network using a facial recognition system and CCTV hardware. Facial recognition can be used in China by students to enter university halls, travelers to board planes, and employees to enter offices without the use of ID cards.

The United States is also embracing facial recognition for enhanced security purposes. Dan Tanciar, a top official with the US Customs and Border Protection Agency, told USA Today in February 2018 that biometrics for international travelers, which allow passengers to board a flight or clear passport control via a photo, will soon be introduced.

"Our goal is to have this in place over the next four years," said Tanciar, explaining that the roll-out will begin with international flights and then expand to domestic flights. "On inboard international travel, you'll be able to leave the passport in your pocket."

JetBlue, British Airways and Delta are currently testing limited biometric entry at airports in Boston, Atlanta and Los Angeles, but passports are still used. The San Jose airport in California aims to be completely biometric for international travel this year. Biometrics at airports work by matching passport photo images with a new image generated at the airport.

Facial recognition security measures are also being adopted in the UAE. Officials announced in January 2018 that thousands of CCTV cameras of various Dubai government agencies will provide live feedback to a central command center. Dubai Police said the cameras will monitor criminal behavior in three sectors: tourism, traffic, and brick and mortar facilities.  The network is being developed to meet the Dubai 2021 Vision requirements of a smart city.

The project, called "Oyoon" (Eyes), aims to create an integrated security system using sophisticated technologies and artificial intelligence features to prevent crime, reduce traffic related deaths and negative incidents. It aims to enhance Dubai's global position in terms of providing a safer living experience for all citizens, residents and visitors and becoming a safe city for living, visiting and work.

H.E. Major General Ibrahim Khalil Ibrahim Al Mansouri, Assistant Commandant for Criminal Investigations of Dubai Police, said the project is an effective translation of the UAE's strategy for artificial intelligence to achieve its objectives of relying on services, data analysis and smart applications in various fields of work. In addition, it aims at integrating the first line services of the Dubai Police provided to the public through artificial intelligence in the main police operations.

Maj-Gen Al Mansouri added that the Oyoon committee - which consists of various government arms and regulatory bodies in Dubai including the Telecommunications Regulatory Authority (TRA) - will set standards on the installation and use of all CCTV cameras across the Emirate of Dubai, and conduct field studies across all jurisdiction areas to "ensure highest levels of security and safety in the region."

"We are delighted to cooperate with Dubai Police in such a huge project 'Oyoun', which will surely have vital and positive effects on the Emirate of Dubai," said Eng. Saif bin Ghalaita, Director of the Department of Technology Development of TRA. "We [as a federal entity] will be able to contribute to the infrastructure in terms of providing technical advice on future technologies and artificial intelligence techniques."

Facial recognition is a powerful tool that is slowly making its way into everyday life. But there is concern about the use of the technology and the potential implications of "Big Brother" tracking peoples' every move. As with any new technology, there will be pros, cons, and moral questions. But facial recognition could be vital in a world with a growing population that requires efficiency to function seamlessly.