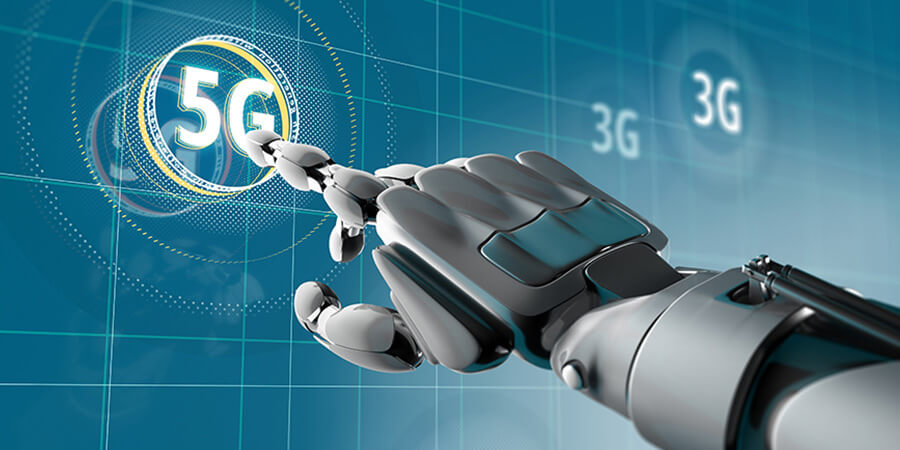 As technology suppliers develop the next-generation of wireless technologies, mobile operators invest in the networks of the future, and governments launch innovation programs, the early benefits of 5G will go to economies where globally aligned 5G spectrum and technology innovation is readily available.

From expensive and bulky voice-centric devices to today’s ubiquitous smartphones, mobile technology has evolved steadily since its initial commercialization in the 1980s, with major waves of innovation (or “generations”) introduced every ten years or so.

Leading global mobile operators, gathered around the Next Generation Mobile Networks (NGMN) Alliance, kicked off an initiative to define their vision and requirements for the fifth generation (5G) of wireless technology as early as October 2013at the NGNM board meeting in Vancouver, Canada, an effort that culminated with the publication of the “NGNM 5G Whitepaper” in February 2015. Further technical standardization by the International Telecommunication Union (ITU) and the Third Generation Partnership Project (3GPP) soon followed, and the first version of technical standards for 5G was completed by 3GPP in December 2017.

Just like every previous mobile technology generation, 5G will bring a step improvement in data speeds, as high as 20Gbpsor twenty times higher than what can be achieved today with 4G technologies. But there is more to 5G: latencies as low as 1 millisecond (or one tenth of those in 4G), the ability to connect large numbers of devices (over one million per square kilometer), and unprecedented levels of security and reliability. Of note, 5G is the first generation of wireless technology that did not start with a new radio access technology.

Beyond technical capabilities, 5G will also have a real economic impact: a January 2017 study by HIS Markit estimated the 5G value chain will generate $3.5 trillion and 22 million jobs by 2035, and that 5G will further enable $12 trillion in global activity across virtually every industry sector.

Much of the early investment in 5G came from leading technology vendors such as Huawei, Ericsson, Nokia, Cisco, Samsung and Qualcomm and will result in the development of a more efficient and flexible radio interface as well as software-centric core networks that enable faster service introduction. Global mobile operators in turn have been laying the foundation for 5G for years, investing in deploying dense radio networks which can later be upgraded to support 5G technology, as well as optical fibre networks to move large volumes of data that 5G users will generate.

The results of these efforts have been showcased in technology trials across the world. Japan’s NTT DOCOMO, in collaboration with multiple technology vendors, led much of the early 5G trial activity since 2015, when they demonstrated data speeds as high as 4.5Gbps. Other notable milestones in the global 5G speed race include TELUS’ achievement of over 29Gbps download speeds in October 2016 in collaboration with Huawei, and more recently (October 2017) Etisalat’s 71Gbps record, in partnership with Ericsson.

While global deployments of 5G networks are expected to gain traction in 2019 and 2020, South Korean carrier SK Telecom showcased several 5G applications in a large scale trial during the PyeongChang Winter Olympics in February 2018, including 360-degree video streaming and self-driving shuttle buses.

In addition to technology and infrastructure, a third pillar is set to enable these blazing speeds and other 5G capabilities: new radio spectrum. Just as a new highway with wide lanes allows cars to travel faster, new frequency bands with wider channels and which aren’t already occupied by 3G and 4G networks are a basic building block for 5G, and global mobile ecosystems are converging around the frequency ranges of 24-28 Ghz (“millimeter-wave spectrum”) and 3-4 Ghz (“3.4 Ghz”). Global alignment is important because it enables economies of scale, ultimately resulting in less expensive network equipment and user devices.

In recognition of the importance of 3.5 GHz and millimeter-wave bands for 5G, many countries around the world have taken the necessary regulatory steps to ensure these bands are prioritized. Most G7 countries, plus major economies across regions (including China, South Korea, Australia and the UAE) are targeting these two bands for 5G applications, and most have already made or are planning to make 3.5 GHz band available for 5G and mobile use in the 2018/2019 timeframe.

There are two notable exceptions in North America: the US, where the Federal Communications Commission (FCC) is expected to take steps to make the Citizens Broadband Radio Service band (3.55 – 3.7 GHz) suitable for 5G applications, and the other Canada which is launching consultations for 3.5 GHz later in 2018. As for Saudi Arabia, regulatory activity has focused on 3.5 GHz only.

While millimeter-wave spectrum will enable very high data rates due to its wide bandwidth, its technology maturity is significantly behind mid-band spectrum such as 3.5 GHz; furthermore, 3.5 GHz has better propagation characteristics compared to millimeter-wave, which make it better suited to cover large areas as well as deep indoor locations. For these reasons, 3.5 GHz will be the first band to provide the full benefits of 5G across the world.

Will the lack of alignment between spectrum and investments in some nations result in missed progress and innovation? Time will tell.