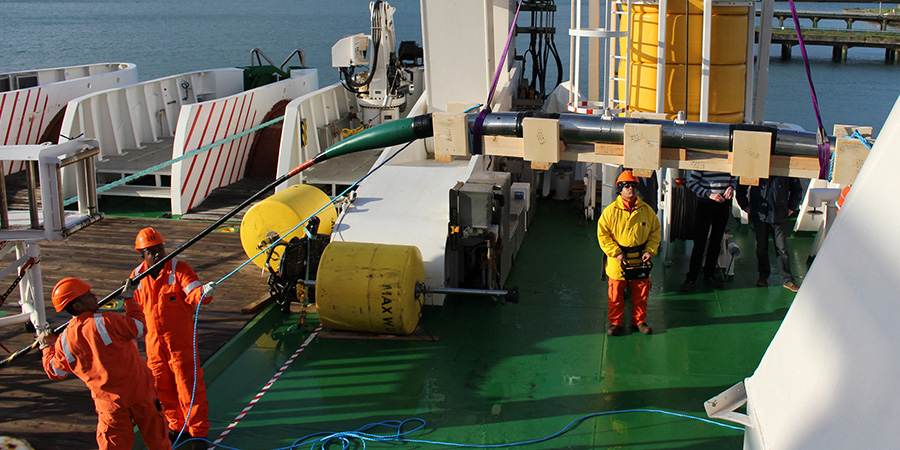 Global demand for bandwidth continues to grow at a remarkable rate driven by the rise of capacity-dependent applications like live video, augmented and virtual reality, and 4K/8K video. International submarine cable systems are more important than ever, considering that the total carrying capacity of subsea cables is in the terabits per second, while satellites typically offer only 1000 megabits per second.

The importance of subsea cable systems is highlighted by the sheer extent of which the cables have spread across the globe. Typically about 1 inch (25mm) in diameter, submarine cables cover a much broader scope of connectivity than satellites do. As of 2006, overseas satellite links accounted for only 1 percent of international traffic, while the remainder was carried by undersea cable.

There has been increasing demand to expand capacity of subsea cables in the Pacific region in recent years: a switch in demand for cables connecting the Atlantic Ocean which separates Europe and the United States. For instance, between 1988 and 2003, approximately 70 percent of subsea fiber optic cable was laid in the Pacific. This is in part due to the emerging significance of Asian markets in the global economy.

In early November 2017, the $350 million Hawaiki Transpacific Submarine Cable System began being laid, with the 15,000 Km subsea cable connecting Australia and New Zealand to Hawaii and the West Coast of the United States. The project is led by New-Zealand-based Hawaiki Submarine Cable LP and TE SubCom, a TE Connectivity company. Manufacturing for the cable system concluded at SubCom's Newington, New Hampshire facility in October.

"JUPITER will provide the necessary diversity of connections and the highest capacity available to meet the needs of the evolving marketplace," said Koji Ishii of SoftBank, co-chairperson of JUPITER consortium. "TE SubCom has a proven record of success in the design and implementation of innovative, scalable and robust transoceanic cable systems."

Sanjay Chowbey, president of TE SubCom, said submarine cables continue to have a critical impact on the global economy, as well as cultural, educational and medical advancement around the world.

"It is our privilege to help facilitate the growth of global connectivity and provide reliable, high-capacity and low-latency transmission to regions where bandwidth is at a premium," Chowbey said. "We look forward to the next phases of what will be a high quality and industry leading system implementation."

"First world connection is more than just fast internet but is also about building a better nation that transcends borders and opens infinite possibilities for everyone," said Globe president and CEO Ernest Cu during its launch event on August 11. "We are excited about this development because of the immense benefits that the SEA-US undersea cable system will bring to the Philippines."

Cu added: "For one, it will provide support for the expanding business requirements for data in the Mindanao region where the cable landing station is located and in the country as a whole. This will also ease our dependence on international cable systems and ensure the resiliency of the country's internet connectivity."

The link bypasses the Taiwan earthquake zone to ensure uninterrupted connectivity and greater resiliency to prevent an incident similar to a major quake in 2006 where international cables were broken causing the Philippines to be isolated for a few days in terms of internet connection. Cables can be broken by fishing trawlers, anchors, earthquakes, turbidity currents and even shark bites. The 2011 Tōhoku earthquake and tsunami damaged a number of undersea cables that make landings in Japan.

Asia's importance on the global scale was further underlined this year by the launch of the Asia-Africa-Europe-1 (AAE-1) cable system launched in July, the world's largest submarine cable system in more than a decade. It's the first submarine cable system to link all major Asian, African, Middle Eastern and European regions, combining terrestrial and subsea routes to provide the lowest latency connections.

With a capacity of at least 40 terabits per second across 5 fiber pairs, AAE-1 is designed from the outset with 100Gbps transmission technology, which may be upgraded in the future to fulfill increasing bandwidth demand. Configured with express routes and the minimum number of hops between points of presence (PoPs) in Europe and Asia, AAE-1 is the high performance, economic solution for OTTs, international carriers and enterprise businesses.

Six specialized cable ships and numerous support vessels engaged in completing the installation in the Mediterranean, Red Sea, Indian Ocean and Gulf of Thailand. Network equipment was deployed and tested at more than half of the AAE-1 cable landing stations. Demand fueled by the economic expansion of countries will elevate AAE-1's status as critical infrastructure, essential for growth along the route.

Another major subsea cable rollout announced this year in July is the pan-Caribbean system which will span nearly 12,000 Km with initial landing points in 12 markets throughout the region, including the Cayman Islands, Curaçao, the Dominican Republic, Haiti, Jamaica, Puerto Rico, Trinidad & Tobago, and Turks & Caicos Islands, with dual diverse landings in the US, which will include the first landing of a cable on the Gulf Coast of Florida.

The Deep Blue Cable will meet an urgent demand for advanced telecom services across the Caribbean. TE SubCom was contracted by Saint Lucia-based Deep Blue, the developer, owner and operator of the system, to build and deploy the cable.

Speaking to Telecom Review back in July, Deep Blue CEO Steve Scott said the Deep Blue subsea cable network will offer an initial capacity of 6 Tb/s per fiber pair and is projected to be completed in Q4 of 2019. It will ensure availability, competitive pricing and capacity resilience, he said.

"The Deep Blue cable system will play a critical role in serving developing Caribbean countries that are now experiencing a surge in demand for advanced telecom services and currently rely on fiber optic connectivity that is technologically and economically disadvantaged," said Scott.