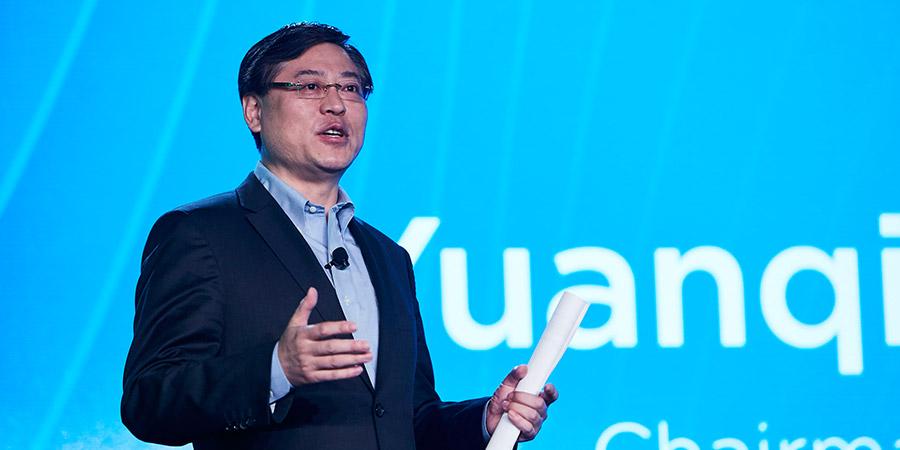 Today we are standing at the beginning of the Fourth 'Intelligence' Revolution, said Yuanqing Yang, Chairman and CEO of Lenovo at the company's TRANSFORM event held in New York on June 20. Yang said Lenovo will "redefine IT" and encouraged "intelligent transformation" driven by cloud computing and artificial intelligence.

I can't think of a better place to hold our TRANSFORM event than in New York - a city that has transformed from a humble trading post 140 years ago to one of the most vibrant cities in the world today," said Yang. "It represents a perfect example of the rapid transformation of our world that has propelled us from the steam engine to the internet era in just 200 years.

200 years ago there were only a few companies that operated on a global scale, Yang pointed out. The total value of the world's economy was around US$180 billion which represented just $188 per person on earth. Today, there is a wealth of global companies competing to sell everything from crude oil to servers and software. These companies "drive a robust global economy worth over $705 trillion."

What's even more remarkable, Yang said, is that the economy has almost doubled every fifteen years since 1950. This represents significant transformation for businesses and for the world - "so much achieved in a tiny slice of time." This transformation is the "result of the greatest advancement in technology in human history." Not one but three industrial revolutions have occurred over the last 200 years, Yang said.

"Today we are standing at the beginning of the Fourth Revolution. This revolution will transform how we work and lead in ways that no one could have imagined in the 18th Century or even just 18 months ago. You are the people that will lead this revolution."

"In this smart internet era, cloud enables devices such as PCs and smartphones, smart speakers, smart TVs, augmented reality (AR) and virtual reality (VR) to provide content and services. But the evolution does not stop there… almost everything around us will become smart with building, computing, storage and network capabilities. This is what we call the 'device + cloud' transformation," said Yang.

Smart devices incorporated with various sensors will continuously sense our environment and send us details about our surroundings, he predicts. In order to store this ever-increasing big data, and to support the delivery of cloud content and services, data center infrastructure is also transforming to become more agile, flexible and intelligent. This is what Lenovo calls the 'infrastructure + cloud transformation'.

Human wisdom enables artificial intelligence to learn from big data and make everything around us smarter, said Yang. With big data collected from smart devices, computing power of the new infrastructure will train artificial intelligence. We can understand the world around us more accurately and make smarter decisions. We can make lives better, work easier, and society safer and healthier.

"Think about what is already possible since we started this transformation: smart assistants can help you place orders online without voice command; driverless cars can drive on the same road as traditional cars; chat bots can help troubleshoot customer issues; and virtual doctors already diagnose basic symptoms. This list goes on and on," said Yang.

"Like every revolution before it, with intelligent transformation, we are fundamentally changing the nature of business. Understanding and preparing for that will be the key to the growth and success of your business."

The first thing made possible by the Industrial Revolution was maximizing production, he said. Water and steam power enabled people to go from making things by hand to making them by machine. This transformed how fast things could be manufactured and also improved the quantity of work, which led to a massive increase in traffic. With this revolution, business scale increased as the number of customers exploded.

In our own lifetimes we have witnessed the third revolution which made it possible to digitize enterprise, Yang explained, highlighting how the development of computers and the internet accelerated business beyond human speed. Now, global businesses have to deal with customers at the end of a cable, not with a handshake.

"While we are still dealing with the effects of digitized business, the fourth revolution is already upon us. In just the past three years, the growth of data and advancement in artificial intelligence has been astonishing. The computing power can now process the massive amount of data about your customers, suppliers, contractors, and provide insights you simply could not imagine before," said Yang. "Artificial intelligence can tell you what your customers want today and also tell you what they will want tomorrow."

This transformation isn't just about making better business decisions or creating better customer relationships, Yang explained. It's about making the world a better place. He believes we can build a new world without disease, war and poverty with the power of big data and artificial intelligence, which will be the revolutionary technology to make that possible.