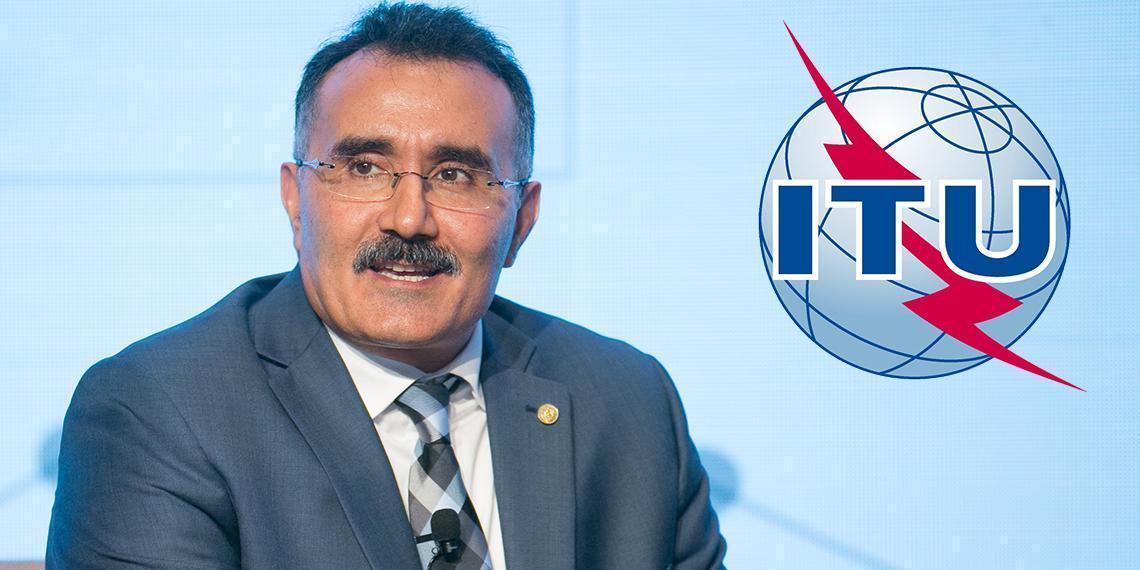 A representative of the ITU has lavished Dubai with praise for showing 'leadership' and setting a 'benchmark' for other regions at the world's first ever forum on 'Data Management'. The event was a joint-collaboration between the Telecommunications Regulatory Authority (TRA) and ITU. Bilel Jamoussi, Chief Study Groups Department, Telecommunications Standardization Bureau, ITU, praised the formation of the forum which is the first in a series of discussions which welcomes participation from experts and decision-makers from all over the world to discuss data.

The slogan for the event was 'Transforming Data into value expanding the IoT potential with a special focus on Smart Cities'. Jamoussi declared that these types of leadership discussions are a 'necessity' in order to utilize data which can provide 'more inclusive connectivity'.

Mr. Jamoussi told Telecom Review, "Today, was the first in a series of leadership discussions that need to take place, because we live in a world that is more and more connected - and it is a world in which we need to have more inclusive connectivity. I say this especially for example in Africa. If we don't do something quickly as an ITU, as an International Telecommunications Union, the digital gap will just widen. As was outlined in the presentations at the Data Management Forum - Dubai for instance is taking a leadership role in smart city implementation to harvest the data, create a data manual and to have a data governance model as well as a data academy, so it clearly indicates that they're trying to build capacity in people's ability to deal with data."

The ITU chief spoke about the journey between Dubai and the ITU which started in May, 2015 - and spoke of how they reached an agreement with Dubai to implement the KPI's that were developed by the ITU for 'Smart City' measurement.  In addition to this, he highlighted how Dubai has shown great leadership in being on top of the program - and praised those involved for developing all the data governance structures that have been put in place in the city, such as the Dubai Data Manual and the Dubai Data Curriculum.

However, he stated that the ITU identifies this type of forum as a great opportunity to share expertise and knowledge from a developing country like the UAE - and implement this across other emerging and developing economies for example in Africa. He spoke of how Africa had created a 'Smart Africa' in order to catch up with the rest of the world in terms of embracing technology to improve the lives of citizens through better connectivity and infrastructure.

Mr. Jamoussi said, "We could certainly leverage a lot of this expertise in helping cities in Africa to utilize this knowledge in order to bring intelligence to managing cities which would provide better services for its citizens. In Africa, there is a 'Smart Africa' manifesto. President Kagame and about fourteen other heads of states are involved with 'Smart Africa'. They have identified that they need to bridge the gap, they can see that the mining industry will finish at some time and can't be sustained. I think there's also been a realization in Dubai that the UAE is an oil rich country - but Dubai especially has seen the need to enter into the service market - and they see the data as the 'fuel' of the digital economy."

Mr. Jamoussi said the 'Smart Africa' manifesto which was developed by the ITU focused on ICT's information communication technologies in Africa in order to provide better economic development. He added, "In relation to 'Smart Africa', we had to start with the basics, the first thing we have to do is provide connectivity, if you don't have a use case, then it's hard to justify the investment in the connectivity, but if you see that connectivity can improve lives, improve life experiences of citizens and solves traffic problems in terms of urban congestion then its justified."

The ITU chief said an area they needed to improve on was the implementation and creation of data governance models, but added that was excited by the opportunity to share and exchange data. Mr. Jamoussi said, "This is an area in which we need to do more work - and that's why we have hosted this data management workshop - because establishing data governance models is such a new topic that most countries do not have data privacy law, they don't have a data governance model - so and that's why we're quite interested in the Dubai Open Data manual as an input into the ITU study group 20 that deals with IoT and Smart Cities. We're quite excited with this opportunity as we think there is a lot of sharing that can happen from here to the rest of the world - and especially in developing countries in Africa, Asia and Latin America where we can leverage some of these technologies to drastically improve these regions.

Mr. Jamoussi revealed that the biggest challenge facing the ITU was the different speeds at which its membership is working. He said, "The biggest challenge is the different speeds at which our membership is working, we have member states that are developed like in Europe and North America - so they've already got a good handle on this topic. However, in contrast to that, other governments in developing nations are only now getting on top of this problem and are trying to solve it. So the difference in speed is the one that is usually a challenge for us and as the ITU secretariat and ITU staff, we will do everything to enable that platform for an international dialogue that will share the experiences and recognize the different speeds which governments and countries are running, and allow for everyone to really have an opportunity to contribute to shaping the future of this standard and regulatory environment."