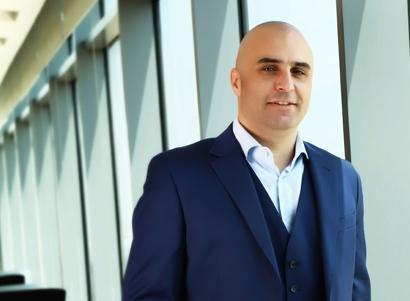 Established in 2014 in Saudi Arabia, Virgin Mobile turns out to be successful in targeting the largest mobile market in the Middle East and especially the youth. In an interview with Telecom Review, Virgin Mobileâ€™s CEO, Fouad Halawi, talked about the companyâ€™s achievement so far, the hosting of MVNO that boosted competition and its close relationship with the young consumer.

hy was Virgin launched in Saudi Arabia in 2014? For example, what gaps did you see in the market where you saw a brand like Virgin Mobile could flourish?
Several factors contributed to Virginâ€™s launch in Saudi Arabia, the most prominent of which include the CITC issuing of licenses for MVNOâ€™s to operate in the Kingdom, allowing us to access a huge market that was previously unavailable to us. Secondly, Saudi Arabia is one of the largest markets in the Middle East, especially when one takes into consideration the telecom industry within the country itself. Operators have access to an extremely diverse population that can be tapped into on several touch points.

And finally, one of the major pulls for launching in KSA was the youth segment in the Kingdom which is by far the largest segment of all, representing around 50% of the total population. Given that no operator in KSA targets the youth specifically, we thought it was just perfect to do so given the size of this segment, especially given the fact that Virgin Mobile is a youth brand at heart, and our product offering is tailor made for the youthâ€™s wants and needs.

How did the CITCâ€™s decision in 2014 to make each of KSAâ€™s three mobile operators host an MVNO to boost competition affect the industry in Saudi Arabia?
The KSA mobile market has seen extraordinary growth over the last 10 years. Today, there are around 48 million mobile subscriptions compared to around 25 million in 2006. That growth led directly to the governmentâ€™s decision to allow MVNOs to enter the market which, in and of itself, has led to market disruption. MVNOs have shown the way forward for other operators – theyâ€™re more agile, nimbler and more willing to take risks. Their youth means that they have less to lose and that has allowed them to compete against their well-established and often better-funded competitors.

For Virgin Mobile, the challenge of taking on the incumbents has been accepted wholeheartedly, from the way it looks after its customers to the look and feel of the stores to the customer-specified bundles. All aspects of the brand and service have been designed to appeal to the large swathe of people not satisfied with what they were getting from their operators. Virgin Mobile has been able to tap into the need for change felt by many young consumers and with its less-cumbersome structures and processes; it has been able to meet those needs.

Have other factors, such as the drop in oil prices, affected Virgin Mobile Saudi Arabiaâ€™s performance?
Continued instability in oil prices and the impact of Vision 2030 both mean Virgin Mobile will need to remain as agile as ever in order to maintain its trajectory. We believe Virgin Mobile is well set for the challenges the next 12 months will bring.

Virgin Mobile Saudi Arabia passed a significant milestone this year: crossing the 2 million customer mark. What does this achievement mean in terms of the companyâ€™s growth?
Our philosophy has always been very straightforward: simple and fair propositions underpinned by a great customer experience. That has really resonated with Saudis – the Saudi youth in particular – and has been at the heart of our success since our launch just two years ago. Virgin Mobileâ€™s success lies in an absolute focus on innovation, both in its plans and customer experience. With one of the youngest populations on the planet and the highest smartphone penetration in the world, we have been able to capitalize on the demand for data due to shifting customer preference.

As far as what this achievement means in terms of the companyâ€™s future growth, we see two major points:

Broader Customer Base: Our company growth has the advantage of exposing Virgin Mobile to a wider audience. Customers, like employees, are important in operating a successful company. Our growth will place Virgin Mobile in the forefront of many customersâ€™ minds.

New Personnel: One clear advantage our businesses growth is the opportunity to staff the company with new, qualified Saudi youth. Since our people are our most important and valuable assets, acquiring new and talented personnel is a clear-cut advantage for Virgin Mobile. These people will bring fresh ideas to the organization and bring a sense of camaraderie to the organization.

Where are you seeing growth spots in Virgin Mobile Saudi Arabiaâ€™s customer range, and in what areas is the company innovating?
Virgin mobile Saudi Arabia is focusing on two main areas; first is improving the customer journey through major partnerships, the most recent one is partnering with Genesys in order to elevate the customer journey experience through a digital engagement center. This center will address issues and queries in a speedy and ""informed"" matter. Virgin believes it will increase efficiency and mostly increase customer satisfaction. The second area is youth engagement, through many initiatives and sponsorship of youth activities across the Kingdom.

Saudi Arabia has a large youth population. How does Virgin Mobile Saudi Arabia appeal to the youth?
Virgin Mobileâ€™s success has been to break out of its original demographic heartland into a broader customer base. It no longer counts just the Saudi youth as it customers and a typical Virgin Mobile user is as likely to be in their 40s as 20s. What does mark out all Virgin Mobile customers is that they want to be – and be seen as – different. And Virgin Mobile has given them a natural home to express their differences; whether thatâ€™s the bundle they choose for themselves or the way in which they interact with the company.