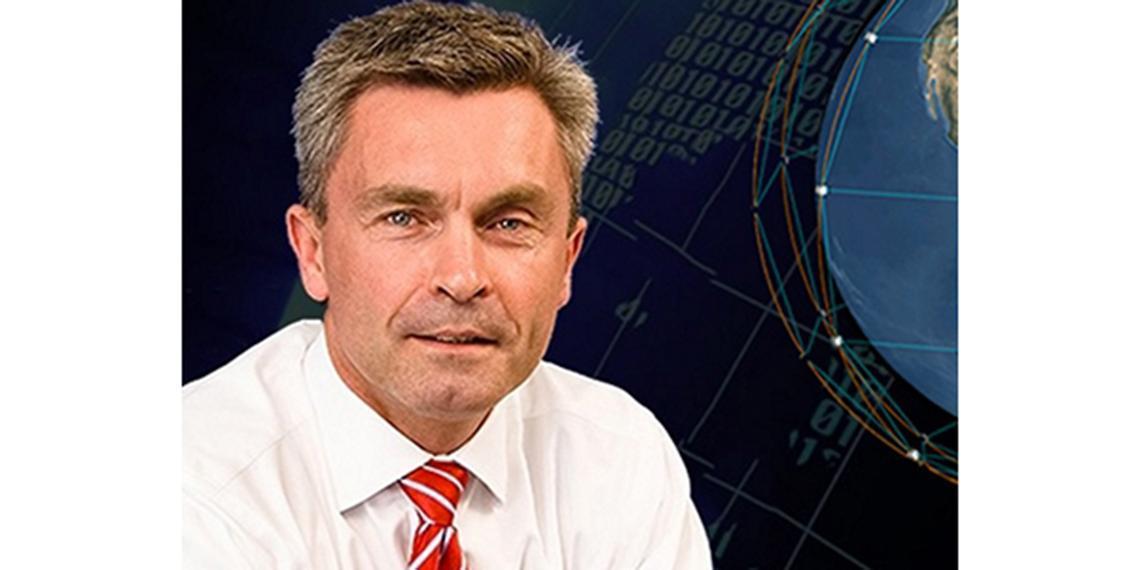 As an emerging player in the satellite industry, LeoSat Enterprises is proving itself a force to be reckoned with. Speaking exclusively to Telecom Review, Mark Rigolle, CEO, LeoSat Enterprises, elaborated on LeoSatâ€™s highly anticipated satellite constellation which is expected to launch in 2019.

Where does LeoSat operate, and what is its position on a global scale?
LeoSat Enterprises is an emerging company established in 2013 to leverage proven satellite communications technologies to manufacture and launch a new low-earth-orbit satellite (LEO) constellation which will provide the first commercially available, enterprise grade, extremely high-speed and secure data service worldwide.

Based in Washington, D.C., LeoSat is currently working with Thales Alenia Space for its low-earth-orbit constellation of between 78 and 108 Ka-band communications satellites. Once operational, the constellation will provide high-speed, low-latency and highly secure communications and bandwidth for business operations across the globe in the telecom backhaul, oil and gas exploration, maritime and international business markets. The start of the launch of the constellation is expected in 2019.

You plan to provide the most secure, high performance data network over earth. Can you expand on how you plan to do this and the challenges you foresee?
The LeoSat system is being developed in conjunction with Thales Alenia Space, a company with unmatched expertise in designing and manufacturing low and medium earth orbit constellations such as Iridium Next and O3B. The high-throughput satellites (HTS) will form a mesh network interconnected through laser links, creating an optical backbone in space which is about 1.5 times faster than terrestrial fibre backbones, thus creating a paradigm shift in the use of satellites for data connectivity – rather than a gap filler or last resort where no terrestrial alternative is available. Using optical inter-satellite links and operating in polar orbits at an altitude 5 times closer to Earth than the MEO orbit and 25 times closer than GEO, LeoSat has many advantages when it comes to speed, latency and true global coverage. As such, LeoSat offers a unique data network solution with the highest performance offered by any existing or planned system, including fibre.

In terms of challenges, starting a venture of this size from scratch is indeed a challenge and the total investment of some USD 3.5 billion is a large sum of money to attract. However, LeoSat has from day one consistently partnered with best-in-class companies with recognised expertise. In addition, LeoSat comprises a strong team of seasoned business and technical professionals with a wealth of expertise and experience across the satellite, telecom, business and finance sectors. This de-risks the project and builds confidence amongst prospective customers and investors alike. Satellite is often perceived as a last resort for data networks and connectivity, so we initially anticipated resistance in some sectors to our solution. However, having been out in the market talking to prospective customers across multiple business verticals such as enterprise communications, banking and finance, oil and gas exploration, we have found that people are very excited about our innovative deployment of proven technology which will set a new bar for high-speed data networks.

How do LeoSat satellites deliver both high performance and security? Is the data you share encrypted?
The LeoSat constellation will provide customers with very high throughput, low-latency and highly secure communications between any two or more locations on Earth, independent of terrestrial networks. This is achieved through deploying optical inter-satellite links which connect the satellites, creating fibre-like symmetric connectivity with speeds of up to 1.6 Gbps and even 5.2 Gbps where needed.

LeoSatâ€™s advanced and unique system architecture is able to highly encrypt and logically separate and route the data as it flows through the system. Data travels in its native form and is indeed encrypted and secure from end-to-end across an optical satellite network, with no terrestrial touch points. Enterprise communications can now rely on LeoSat for domestic and international data transport, communications backhaul or hosted solutions that are not only completely secure but delivered faster than on any other satellite or terrestrial network.

Your website indicates that LeoSat provides the only system that can provide 4G backhaul in its native form and comply with the LTE standards. Can you expand on this?
The 4G LTE standard requires latency of less than 100ms. Traditionally the use of geostationary satellites has prohibited carrying the backhaul traffic in its native form as the high latency characteristics of that infrastructure required additional manipulation of the data. With the low latency that is so unique to LeoSat we can transport the backhaul well within the standards and we do not have to break up the voice/data relationship, making for a more reliable connection (allowing the full feature set to continue through the backhaul transportation). This brings benefits to design, architecture and use of less equipment in the infrastructure as well as increasing the operational reliability of the network.

What was the feasibility study with Thales Alenia Space all about?
LeoSat Enterprises was established in 2013 by Cliff Anders (Chairman) and Phil Marlar (Chief Operating Officer), two former Schlumberger executives with direct experience of the challenges of business data transportation. Realizing that the solution they were developing would be perfectly suited to a number of vertical markets (Enterprise, Finance, Government, Energy and Maritime), LeoSat was formed to leverage proven satellite communications technology which would be deployed in a unique way to develop a new low-earth-orbit (LEO) satellite constellation providing a truly global, enterprise grade, high-speed and secure data network.

In order to validate this unique new satellite constellation solution for data communications, Thales Alenia Space, leaders in designing and manufacturing low earth orbit constellations, was selected to carry out a technical study to confirm the feasibility of the LeoSat concept. The outcome of this study and an additional industrial survey by Thales confirmed the feasibility of the LeoSat constellation system concept and the companyâ€™s ability to deliver the full constellation to meet LeoSatâ€™s performance and schedule objectives. Based on their experience in building next-generation broadband constellations such as the O3b and Iridium Next, Thales also provided a preliminary design of the space segment required to meet the key service requirements of LeoSatâ€™s high speed broadband and low-latency communications.

Can you tell us more about your constellation of satellites and how they are interconnected through laser links?
The LeoSat satellite constellation will feature 78 satellites in polar orbit in six planes, uniquely providing customers with symmetric, very-high throughput, low-latency and highly-secure communications between any two or more locations on earth, independent of existing terrestrial networks. The data will be delivered point-to-point via a fully-redundant mesh network that works with inter-satellite links and a patent-pending routing protocol.

Each satellite in the constellation utilizes four optical inter-satellite links (ISLs) to connect to the satellites around it. A customer uses a terminal to uplink data to the nearest satellite where the data is then routed by an on-board processor and relayed by the ISLs through one or more satellites until the data is down-linked to another terminal at the customerâ€™s second location to complete the circuit. Alternatively, the link can be terminated in one of LeoSatâ€™s Gateways, which will be strategically located around the world. Contrary to other bent-pipe HTS solutions, gateways are not a pre-requisite for LeoSat to operate its network. The LeoSat system offers many advantages, including:
Total ubiquity: Every spot on the globe will be covered by at least 2 satellites.
Global point-to-point connectivity with no terrestrial touch points in-between. Thanks to the inter satellite optical links, once uplinked to the constellation data will travel from satellite to satellite until it reaches its downlink destination.
High throughput: LeoSat will offer up to 1.6 Gbps of full-duplex connectivity per link, and 5.2 Gbps where needed.
Flexible network configuration: Links can be combined into star or mesh networks to suit multiple enterprise connectivity scenarios.
Low Latency: Because of LeoSatâ€™s low Earth orbit, Earth to space and back (round trip time (RTT) latency directly under each satellite will be less than 20ms. This, combined with LeoSatâ€™s optical backbone in space, will result in very low latency connections which at larger distances will be faster than any existing solution. As an example, current fibre latency on the New York to Tokyo route is 250ms, on the LeoSat network this will be reduced to below 130ms.
Deterministic Latency: One unique attribute of the constellation is that latency can be calculated down to the millisecond for any given period. This feature is unique in the telecom industry and comes with great advantages for certain business- and government applications.
Highly secure network: The system will provide end-to-end encryption.

What operators do you work with and what exactly do you offer them?
The LeoSat satellite network has been designed to specifically address currently unmet demand for bandwidth and low-latency connectivity from large commercial customers in six sectors: Oil-field Services and Operations; Maritime Communications Services; Enterprise-enterprise Communications Services; Internet and cellular backhaul services, especially in rural and isolated areas; Government Services; and Media Services.

The LeoSat system comes with a unique set of features and benefits, combinations of which are of interest to the above vertical market sectors. For example, telecom operators operating in the low south and high north are interested in LeoSatâ€™s high throughput capabilities in combination with the much more favourable look angles as a result of our polar orbits. In general, all telecom operators, particularly the regional ones, are interested in our global reach and see an opportunity to terminate their customersâ€™ traffic anywhere on the globe without having to go through many third party networks, adding costs and implementation time.

In the corporate network and military sectors, the high security of our system and our ability to work with mobile sites with fibre-like throughput capabilities is of interest. The oil and gas sector needs better command and control capabilities in their efforts to further automate oil rigs using robot technology. Companies in this sector are very appreciative of our low latency capabilities, as are the various companies in the financial sector. Working with our vendors, resellers and customers is a unique experience as the areas of deployment of the LeoSat system seem endless.

What insights can you share about the future of LeoSat Enterprises?
With the ever growing demand to move large quantities of data quickly and securely around the world, LeoSat has been designed to solve essential communications and connectivity issues for business sectors such as oil and gas, maritime, telecommunications, multi-national enterprise and government services. Up until now, the perception of satellites for data communications is that of a last resort and we are confident that will now change with LeoSat bringing a paradigm shift in the way satellites are viewed for data communications.

Far from being a last resort option, LeoSat will be a first choice due to its key attributes of speed, latency and security. The LeoSat constellation will be instrumental in giving banks secured networks with their foreign offices, providing enormous uploading bandwidth for oil and gas exploration, allowing Internet access to passengers on cruise ships and providing the only native 4G and 5G satellite backhaul for the cellular industry. LeoSat will not only have a competitive advantage in existing satellite services markets, it will help to expand these markets by enabling new opportunities through previously unavailable levels of performance combined with true worldwide reach.