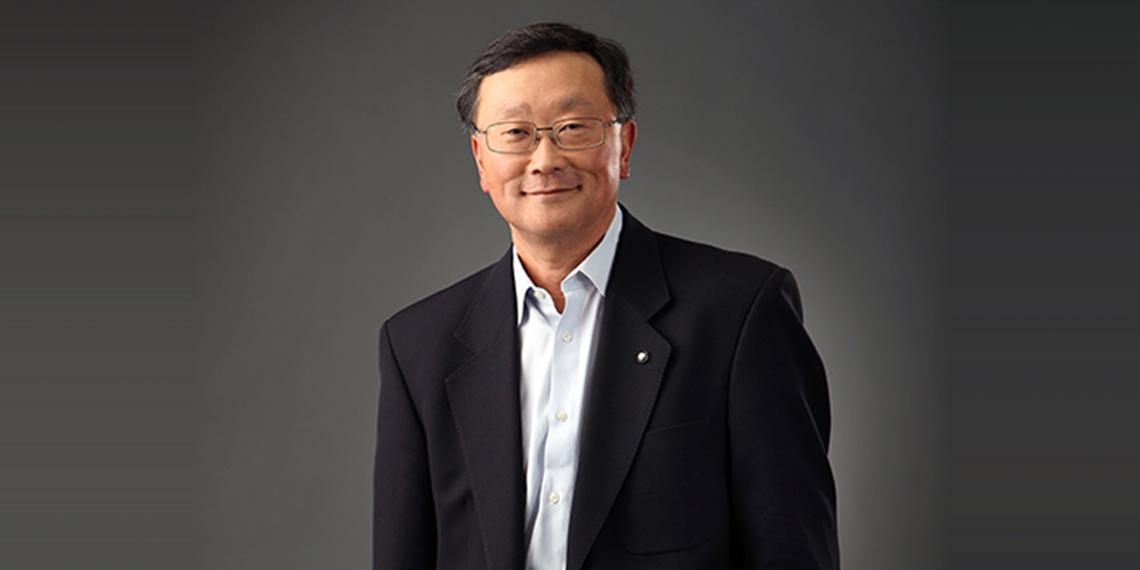 The smartphone market is a tough business; overcrowded and dominated by two leading brands. BlackBerry was once a leading mobile phone manufacturer, but has lost ground in recent years, even though its most recent device, the PRIV, is highly secure, offering consumer's privilege and privacy. Sales for the PRIV haven't peaked as highly as anticipated and the company has reached a crossroad. In an exclusive interview, John Chen, chairman and CEO of BlackBerry, opened up to Telecom Review about his plans to continue to provide premium secure smartphones, but also to steer BlackBerry towards the realm of IoT, enterprise and even smart cars, reinventing the business to cater to multiple dimensions.

In a market that is overcrowded with smartphones, what features make the PRIV distinctly BlackBerry?
The first thing that makes the PRIV stand out is its premium security. We released it on November 6, 2015. The second standout feature is the software that we developed for the device called DTEK, which automatically monitors apps and processes in real time to provide an overall security rating for the device, with an interface that is easy to use and simple to understand. Sometimes you might be looking at a news website thinking there's no harm in doing so, but someone could be anonymously pinging your location as they download things back to you. We also let you turn off this feature.

For example, if you're in North America reading USA Today online, the website would ping your location for readership details, so we allow you to download information, but not share your location, giving the consumer the choice. With most phones today, you can turn on GPS. But when you turn on GPS, you turn it on for everything. We allow you to look at it from a vulnerability perspective, and determine whether you think USA Today or any other website needs to know your location.

The third thing that makes the PRIV unique is the hardware implementation. There's a lot of hardware encryption built-in. Today's enterprise market has been predominantly BlackBerry and iPhone. We believe there is a huge opportunity for Android. Our Android offering is the most secure Android as we have added a layer of BlackBerry technology to it.

Why did BlackBerry choose to move away from its traditional software to adopt Google's Android?
We haven't really moved away from our own software. The last operating system we released was BlackBerry 10, and the principal audience for that are people who are very security and productivity-minded, like the government, healthcare institutions, or bankers. Beyond that, the market tends to go for applications. BlackBerry 10 has some applications, mainly focused on productivity, but we don't have all the applications.

In order to broaden the market that we serve, we went to Android because we still want to preserve our security heritage, and this is why we believe that PRIV with Android, which is very secure, is a good answer to people who want applications but also want a secure BlackBerry smartphone. When people buy BlackBerry, they expect it to be secure; they expect that information won't be leaked, so we thought we could achieve this with the Android operating system.

Is Internet of Things (IoT), software and security products the next logical step for BlackBerry since it's an area showing financial promise?
We are already in IoT. At the recent Mid-America Trucking Show (MATS), we announced a new radar system to track containers, vehicles, or any assets. It not only tells you where the asset is, but it's also very difficult to crack or break, and it also checks atmospherics. For example, if I put something in a container, the radar will constantly ping the temperature and air pressure back to the user. If you open the door, or something heats up inside, then you will receive warning alerts. It's a means of not only managing assets, but also securing the environment. With cyber threats and fraud a growing concern around the world, all the port authorities need this equipment to know if there is any tampering going on aboard their vessel. It feeds into a secure cloud.

We plan to do quite a lot more, not only with transportation, but with medical as well. We also plan to venture into connected cars and self-driven cars. We're building dashboards and software modules for cars to enable cars to communicate with each other and different modules to communicate with each other. These are all being worked on today. We have pretty good business in the automotive sector.

You plan to move BlackBerry more into the security market. Does that mean you plan to move away from the device market?
Today, in order to rebuild our handset business, we need to go back to a very focused area which is enterprise. One thing about enterprise handset devices is it needs premium security. It's not only about the phone, but also about all the software that manages the phone, interacting with wireless, VPN, or whatever it might be. This is where our added value is: we have the server and we have the phone. The servers are designed to be able to manage every type of phone, but you can see that Apple is also pushing the security envelope, and so is Samsung.

What people don't realize is that we are actually a partner of Samsung to manage their KNOX devices which can run on our platform. They came to us for this about two years ago. I think over time, our handsets will be driving high-end security, and I want to make sure that we continue to be the leader for these devices, as well as making sure that our server is the most secure, because all enterprises need an excellent server which we can provide. Once we establish the business turnaround (since we haven't been able to create revenue with our devices) then future devices could go to end-use consumers. This is our plan for the immediate future.