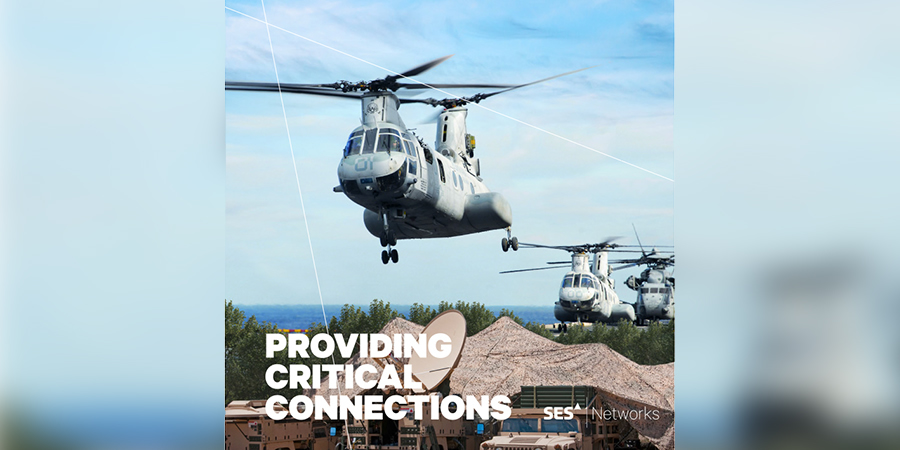 SES Networks is providing its government customers with tailored solutions that address their specific needs, said James Hooper, VP global governments, SES Networks in an exclusive interview with Telecom Review, in which he highlighted the flexibility offered by O3b mPOWER during governments’ critical missions.

First of all, can you tell us what are your main responsibilities and duties at SES Networks?

Working at SES Networks and being part of the world’s leading satellite operator SES, we are proud to say that we serve a wide range of customers ranging from mobile network operators, internet service providers, cruise liners, airlines, and government and institutions.

We serve over 60 government customers in almost 30 countries, with solutions ranging from satellite bandwidth and managed services to the delivery of end-to-end networks, hosted payloads, and specialized satellite communications projects. As the vice president for global government sales, my team and I support defence, security, humanitarian, and institutional customers worldwide.

We have more than 70 satellites in service today in both GEO (Geostationary Orbit) and MEO (Medium Earth Orbit) orbits, ability to transmit across the full range of frequency bands including X-band and military Ka-band, and specialized regional teams focused on customer needs in their respective markets enabling us to tailor solutions to each government’s specific requirements in a flexible and scalable manner.

SES Networks is active in Middle East since 2001 and there has been several satellites launched in the last two years with dedicated coverage over the Middle East region. I am particularly interested in SES-12. Could you tell us how governments benefit from the new SES-12 satellite?

SES-12 is the latest geostationary satellite to be added to our global fleet. Launched last year, SES-12 has a combination of traditional shaped beams and a High Throughput Satellite (HTS) payload consisting of 70 high capacity spot beams. With its location at 95° East, this satellite provides excellent coverage of the Middle East, western Africa, and the entire Asia-Pacific region extending beyond the east coasts of Japan and Australia.

In your opinion, where exactly does the importance of managed network services lie?

A specialised managed network services provider that has a regional expertise provides to the customers access to customised solutions tailored to their specific and evolving needs, sometimes very specific to a country or nation, in addition to operational support, data analytics, scalability etc. It offloads part of the complexity and risk of service delivery onto the provider and gives the customer a committed SLA and quality of service.

For example in Burkina Faso, our end-to-end solution via O3b Medium Earth Orbit (MEO) constellation delivers fibre-like connectivity to any location and is seamlessly integrated into the partially available terrestrial government infrastructure. It’s not easy feat and we deploy local teams on the ground to make it happen.

Our government customers need greater throughputs across all applications, particularly our military users whose throughput demands are expected to more than double to reach over 100 Mbps by 2025 to enable live streaming and full-motion video. Our government customers are also increasingly adopting cloud applications, with governments’ use of public cloud services expected to grow an average of 17.1% per year through 2021.

With governments’ increasing demand for higher data rates, expansion of cloud-based networking and appetite for more throughput and bandwidth what is SES Networks planning?

Since the successful launch of O3b Medium Earth Orbit (MEO) satellite system and services our ability to deliver fibre-like throughput and low latency performance especially to remote and hard to reach locations has proven to be a game changer across many segments particularly in government and military sectors. The first generation O3b MEO system was the strategic step in our global cloud-ready data services evolution and soon the second generation of MEO system – O3b mPOWER, will facilitate a rapid increase in capability for the markets we serve as well as scale its capacity by a factor of 10.

The first-generation O3b MEO constellation is interoperable with the upcoming O3b mPOWER constellation, and our customers will be able to migrate seamlessly from the previous system to O3b mPOWER as their capacity requirements increase, or their services and applications require the enhanced capabilities of the newer system.

Each of the first-generation O3b MEO satellites orbiting at 8.000 km above Earth’s surface provides 12 fully steerable Ka-band beams (two for gateways and 10 for remote terminals), and has an aggregate capacity of 16 gigabits per second. The beams each illuminate an area of Earth’s surface measuring 700 kilometres across. In comparison, each of the upcoming seven O3b mPOWER satellites provides more than 5,000 beams, which can be combined into fewer, more capable beams and pointed as needed.  MEO SATCOM systems like O3b mPOWER and the first generation O3b MEO system are inherently interception and jamming resistant due to the motion of the satellites and the use of narrow spot beams. O3b mPOWER further enhances its resistance to interception and jamming by using even
smaller spot beams with a ground footprint diameter of approximately 140 to 280 kilometres.

The O3b mPOWER satellites will carry advanced digital payloads and the system can be dynamically reconfigured in almost every aspect of its operations  for example providing an ability to change allocated bandwidth dynamically from site to site, cutting down on under-used capacity, and improving cost efficiency and asset utilization; steering traffic to the gateway location selected by the user for example to an in-country gateway in proximity to users headquarters keeping the traffic within the country. Thanks to the integration of Software Defined Networking(SDN), the O3b mPOWER system is equipped with route traffic by application over GEO, MEO, and terrestrial links, supporting the introduction of SD-WAN enabled services—all of which improve efficiency, reliability, and flexibility for our customers and their end users.

O3b mPOWER offers governments and military customers unique new possibilities and we are looking forward to developing future services and applications together with them.