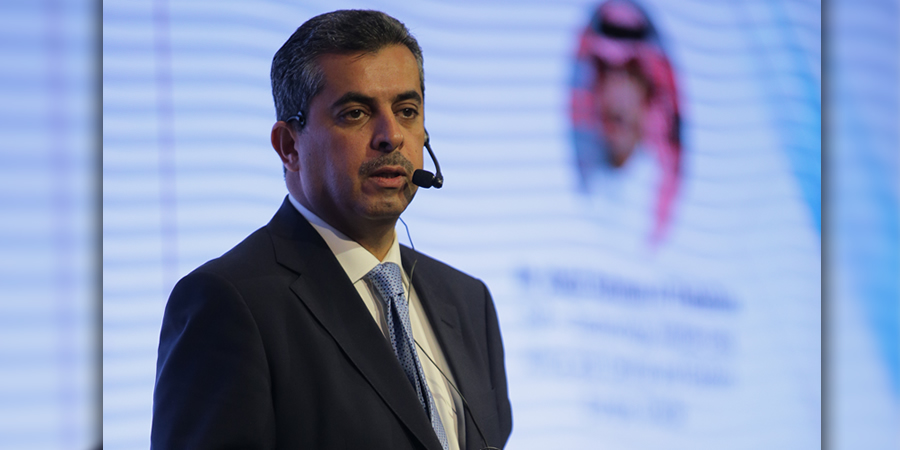 A technology thought leader and prominent executive at US technology behemoth Oracle has outlined the impact he believes emerging technologies will play in industries such as manufacturing, automotive and financial services in 2019.

Abdul Rahman Al Thehaiban, Senior Vice President of Technology, MEA and CEE region at Oracle delivered his projections for 2019 at the 12th Telecom Review Leaders’ Summit which was held at The Phoenicia Hotel in Beirut, Lebanon.

In a detailed and comprehensive presentation, the dynamic Oracle executive predicted that emerging technologies such as AI and Internet of Things would result in a mass proliferation of data that would be unlike anything the ICT industry has ever witnessed.

Telecom Review managed to secure an interview with Al Thehaiban in an effort to find out more about some of these trends and how the integration of new technologies possessed the capabilities to completely transform and reshape multiple industries on a global scale.

The Oracle executive cited a comprehensive report which was compiled by IDC when making his projections regarding IT trends that we can expect to see for the remainder of 2019. In addition to this, he stated that the US technology leader was committed to the telecommunications sector.

Al Thehaiban said, “We’re participating at the Telecom Review Leaders’ Summit in order to convey a very clear message that we’re fully committed to the telecommunications industry, and the Lebanese market in particular. According to detailed report from IDC it has been estimated that the market size of the ICT marketplace is almost $200bn. The report also projects that communications service providers spend almost $1.5bn on their own applications and their own IT. This reinforces our belief that the evolution of IT will continue to be driven by telecommunication operators who through extensive R&D investment are always looking for ways to address the major issues they face in the market.”

During his keynote presentation at the conference, Oracle’s SVP of Technology claimed that the combination of emerging technologies and the increased availability of IoT devices would see an exponential rise in the amount of data that is being generated.

“In my presentation, I highlighted some outlooks for 2019 in terms of what’s going to be new, and what will ultimately make a difference to the ICT landscape this year. We believe that the increased focus on AI, Blockchain and automation will create opportunities for operators and vendors within the ICT ecosystem to diversify their revenue portfolios. However, we’re anticipating that the data expected to be collected in 2019 will almost be equivalent to the amount of data collected in history due to a rise in connected devices.”

He added, “Blockchain was a technology that was initially pursued by those in financial services. However, we see this technology being implemented in other industries such as manufacturing. In the life cycle of a certain product they can now apply Blockchain using Oracle technology which ultimately enables manufacturers to go into a complete set of certifications that allows them to achieve their objectives.”

Al Thehaiban highlighted how Oracle was playing a key role in accelerating the global movement towards autonomous driving and said that automation would be a key feature in The Fourth Industrial Revolution.

He added, “We’re now entering an era which has been dubbed ‘The Fourth Industrial Revolution’ which has been mainly driven by IT. However, one hugely exciting aspect of this new revolution is in the implementation of autonomous driving programs. Autonomous driving and the pursuit in the deployment and application of this technology has not become a commodity, but it is now being looked at very seriously on a global scale by many of the major technology thought leaders. Oracle has just launched its autonomous self-driving database as part of its efforts to minimize the human capital interaction towards achieving automation.”

He concluded the interview by pointing at how the Telecom Review Leaders’ Summit had become one of the most important ICT forums in the MENA region.

“The Telecom Review Leaders’ Summit has the ability to attract the participation of all the key operators in the MENA region, and has become a key ICT event that is highly received and monitored by the government of Lebanon. This was evidenced by the attendance of His Excellency Mohamed Choucair, Minister of Telecommunications. It provides a great opportunity for every stakeholder in the ICT industry, whether you’re an operator, vendor or an analyst to come together and share knowledge, ideas and experiences. I think it is particularly important to have a forum like this as the industry prepares for 5G and all the challenges that its introduction and deployment will entail.”