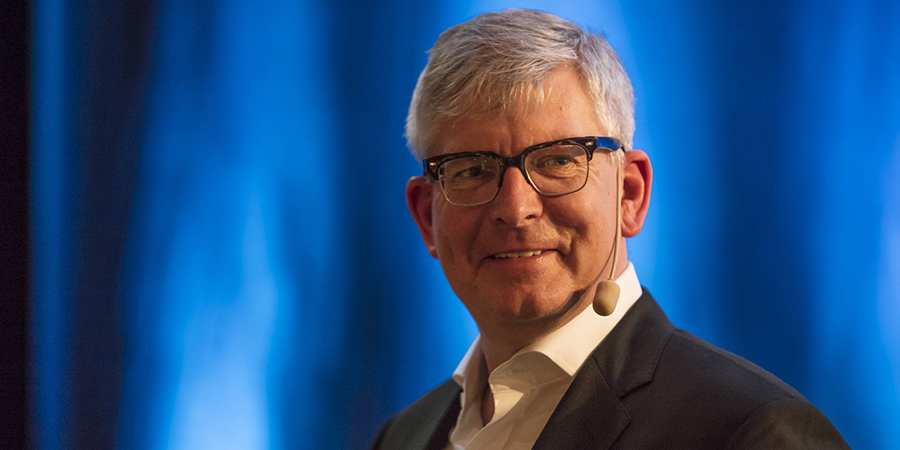 Ericsson has enjoyed a meteoric resurgence and renaissance since the appointment of Borje Ekholm as its CEO. The Swedish telecommunications behemoth was a company in distress when he was tasked with the responsibility of restoring the pioneering force in the ICT industry back to the top.

The implementation of Ericsson’s Focused Business Strategy has not only helped to turn around its fortunes but it has ultimately enabled the company to become the go-to player for operators seeking to commercially deploy 5G networks.

Ericsson has signed major commercial 5G contracts with AT&T and Verizon in the United States and announced at Mobile World Congress in Barcelona further 5G contracts with Saudi Telecom Company, Etisalat and Ooredoo Qatar, which solidified its positon as market leader.

Telecom Review managed to secure an exclusive interview with Ericsson’s CEO at Mobile World Congress in an effort to find out how Ekholm has transformed the Swedish vendor into a global leader for 5G technologies.

In what was a detailed and fascinating insight into Ericsson, we discussed its 5G platform, its cellular IoT portfolio, the decision to restructure its BSS strategy, why Europe is at risk of being left behind in terms of deploying 5G technology because of extortionate spectrum fees and heavy regulation and his projections for the future.

Ericsson has enjoyed a sharp turnaround in its fortunes since your appointment as CEO and has enjoyed continued profitability for the first time in a number of years. How much of a key role has the implementation of the ‘Focused Business Strategy’ played in Ericsson’s revival?

It was critical as a starting point to get the strategy right. I often say that it is 90 percent execution and 10 percent strategy. However, if you get the strategy wrong then it doesn’t help you with the execution. Our Focused Business Strategy was the foundation for turning the company around. We made commitment to increase our R&D in an effort to reach technology leadership. We also focused on rebuilding our market position and we needed to take out costs in order to become more efficient.

Ericsson has really positioned itself as a go-to player for operators seeking to commercially deploy 5G networks. This is evidenced by Ericsson signing major 5G deals with AT&T, Verizon, STC and Etisalat. In your opinion, why are operators selecting Ericsson as their vendor for 5G?

Our key competitive advantage, I believe, is technology leadership and our commitment to lead our customers from 4G into 5G. You can see that mindset, for example, in how from very early on we made our hardware 5G-capable. The hardware we developed in 2015 came with a software upgrade run by 5G NR traffic and now we’re launching our unique spectrum sharing which allows the operator to dynamically allocate spectrum between 4G and 5G – and this allows for a very rapid buildout of 5G. With this type of thought leadership, it’s really important for us to work with lead customers, but that’s also why lead customers work with us.

During your keynote at Mobile World Congress, you highlighted that European operators had access to 5G technology, but that their biggest challenge in terms of deployment was a combination of high-spectrum and heavy regulation. Can you elaborate more on this issue?

What’s key to acknowledge first and foremost is that the technology is available. So for example, we have commercial networks in North America since Q4 last year and we have networks up and running on mid-band in Europe, and we also have that in Australia. We have networks already available, so the operators can access that. However, the big problem in Europe is in the investment climate. You can see that 4G coverage in Europe is much lower than in North America or North East Asia, and it goes back to the whole investment climate and that shows up in high spectrum fees.

If you look at some of the auctions in Europe, they’re designed to maximize the fee paid for spectrum but are not necessarily maximizing the best for the economy of driving a mobile network. In addition to high spectrum fees, you’ve got heavy regulation, but you’ve also got a very, very fragmented market. If you look at China and India, they’ve both got three operators. In the United States, they’re on their way to three operators if the merger deal between T-Mobile US and Sprint gets approved. However, in Europe, every market has at least four operators, so in total on the continent you’ve got around 220 operators. I don’t think we get the scale necessary to really drive new technology and that’s the big risk for Europe. We need to create an environment where the operators can actually make a return on their investment.

We categorized the evolution of cellular IoT into four market segments which are industrial IoT, massive IoT, critical IoT and broadband IoT. I think it is going to be different depending on markets which use cases take priority. So I think different markets will roll out in a different way. If we take China, for example, you can see that they’re investing very heavily towards industrial IoT. We can see that in our own factory in China, where we are very early in terms of championing this type of technology by implementing devices in every screwdriver which enabled us to detect when screwdrivers needed to be replaced. The ROI on that has been more than 200 percent; so basically, after six months, we’ve got payback after introducing IoT on the screwdriver and this is just a small example of the power of industrial IoT.

We’ve been conducting demos at Mobile World Congress which focus on some areas in which we think industrial IoT is going to have a huge impact in terms of developing new use cases. Industrial IoT is where we’re seeing most of the early traction, but another area we see a lot of development in is remote servicing. You can use augmented reality so instead of travelling to detect faults, a service engineer would actually be able to project that on his augmented reality glasses. It’s going to take a few years, but I think we’re just on the verge of a number of cutting-edge and revolutionary use cases that will transform how many businesses conduct their operations.

There has been a lot of discussion here at Mobile World Congress about Ericsson’s 5G platform and its phenomenal capabilities. Can you tell our readers what this platform enables operators to do?

What we’re trying to do is future-proof our customers’ investments. What that basically means is that they should always be able to go from 4G into the 5G world in a cost-efficient way. So one part is the radio platform where they can do the software upgrade and become 5G-capable which enables them to carry more traffic and they can also do the same with the core - and the core can carry 4G and 5G traffic. Then the entire orchestration layer needs to accommodate both 4G and 5G end-to-end and that’s what we’re trying to do with our new platform.

Ericsson has recently launched a new AI-based solution that simplifies managed services. How will this solution address the complex challenges facing operators as the industry moves towards 5G and the internet of things?

Ultimately, we believe in a zero touch network, but that will require a lot of automation. However, it will also require you to be proactive; instead of reacting to an incident, you’ll be able to predict in and adjust in advance in a seamless fashion. That’s what we’re trying to do now by utilizing the data from network operators and we’ve got almost 1 billion subscribers that we manage globally. By using that database, we can start to be much more predictive in the way we run the network, and that is ultimately going to make a big difference for our customers. Operators need to have closed-loop automation and our capabilities will actually allow them to have that so if there is an incident they can automatically fix it.

Ericsson recently decided to overhaul its existing BSS strategy and it has announced its intention to increase investment in its digital BSS platform. Why did you restructure your BSS strategy and what are your projections for your BSS business in 2019?

What we saw is that we had allocated most of our R&D into a future platform and we have a large installed base. We needed to keep the installed base with a future-proof solution in the same way we do with the 5G hardware. So basically, we identified that we needed to increase our investment in our existing platform. In a way, we’re diverting R&D money from the future platform into making the current platform upgradable in the future instead.

At Mobile World Congress, we’ve seen a lot of 5G-enabled handsets being unveiled. How much of a driver will these 5G-powered devices play in the acceleration of the rollout of 5G networks?

It is critical. 5G is going to depend on the ecosystem and there’s no point in having a network if there are no handsets and applications. It is imperative that the whole ecosystem comes together and that means spectrum availability, infrastructure, handsets, devices and applications all need to be fostered in an environment that merges all of this together in an effort to drive 5G penetration and adoption.

Ericsson published the findings of its latest ‘Mobility Report’ at Mobile World Congress. Can you tell me from your perspective what you found to be some of the most interesting insights that emerged from the report?

One of the most interesting insights to emerge from the comprehensive report compiled by Ericsson is that 4G is going to be a long living technology. So, for example, 60 percent of the subscriptions will still be 4G in five years. 4G is going to remain the key access technology for mobile subscribers on a global scale. However, what is equally interesting is that we foresee about 1.5 billion 5G subscriptions by 2024. That’s going to happen in North America, North East Asia and in parts of Europe, but it actually is a very sizeable number of subscribers and that I think is very, very interesting and represents an exciting new chapter that will take place in the ICT ecosystem over the next five years.

Can you outline to us what your primary goals and objectives are as CEO of Ericsson for the rest of 2019?

We need to maintain our position as the leading vendor of 5G in the market and that’s really important for us. In addition to this, given that we’ve strengthened the company significantly over the last number of years, we’ve now got an opportunity to start growing as well. We’re going to go for more profitability seeking growth and that’s where we see that in our existing business, but also in new applications, for example, in IoT. We’re very exciting about where we’re positioned in the market right now and what the future holds for us after navigating our way through some choppy waters. 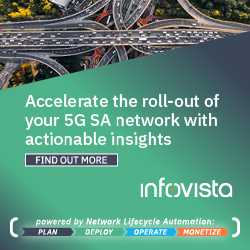