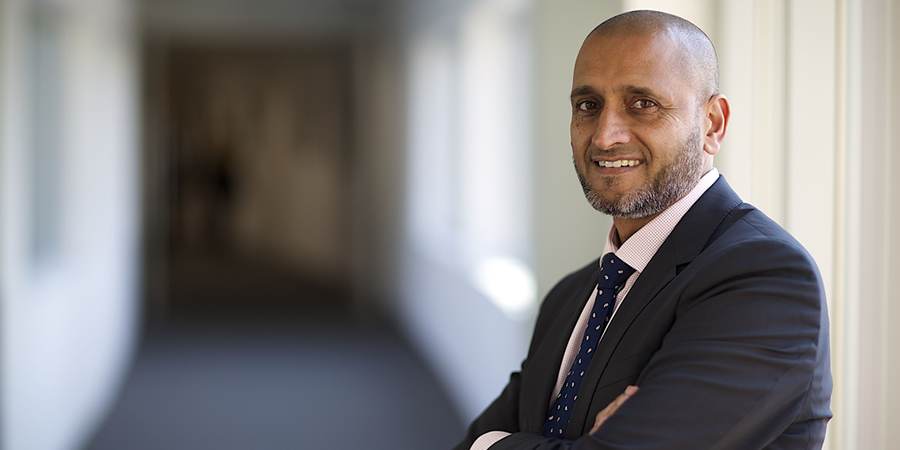 YahClick placed a particular emphasis on its suite of e-Learning and e-Health solutions that have been designed to help accelerate the social and economic progress of unserved and underserved communities across YahClick’s global footprint.

Visitors were given live demonstrations and had the opportunity to participate in technical discussions on e-Learning and e-Health solutions throughout the event, which was held over three days at Dubai World Trade Centre.

YahClick has enjoyed phenomenal success under the dynamic leadership of its CEO Farhad Khan and Telecom Review managed to secure an exclusive interview with him at CABSAT.

In a fascinating and detailed exchange, Khan outlined to us that whilst these solutions would appear simplistic in the Western world, they have the ability to empower so many people from deprived areas of Africa in terms of education and health.

The CEO defined the e-Health application as a solution that creates a closed network between a healthcare practitioner and a diagnostics capability which is remote.

Khan told Telecom Review, “What is important to understand is the application and the permutation benefits linked to it. To us, in a first-world country, it may sound simplistic, but you have to physically visualize the countries that we operate in Africa. In a country like Kenya for example, you’ve got hundreds and hundreds of kilometers between any urban built-up central business district and where the habitations and the communities are. In Africa, as you can imagine primary healthcare is as basic as being able to identify a fever or a flu or any ailment that we would take for granted that can be treated with paracetamol. A person in the middle of the bush does not have that luxury or the knowledge or education.”

Khan then explained in more detail exactly how the e-Health solution would work once deployed in rurally desolate parts of Africa.

Khan added, “What an application like this allows is that you have a rural clinic type format that may not necessarily need a qualified person to be onboard. They can take a person that comes to the rural clinic - and the rural clinic can also be deployed to where the communities are. You establish the vital statistics that are needed to do the diagnostics, and within a matter of minutes, the information is sent to a general practitioner who’s then able to determine whether or not that person needs to be referred to a secondary healthcare environment, or they can issue them a prescription which can be done by remote.”

YahClick’s CEO conceded that whilst it is a simplistic solution in the developed world, he stressed how the integration of such an application would have a revolutionary impact on parts of rural Africa.

In addition to this, Khan said the e-Learning solution designed to transform education in underserved and unconnected regions of Africa also had the ability to be a complete game-changer.

The YahClick CEO said, “I think our e-Learning solution will have a similar transformative impact. We would take a bricks and mortar classroom for granted and access to media for granted in the developed world. In many parts of Africa, they simply don’t have these luxuries we take as basic human rights. What e-learning does is basically increase the connectivity between educators in multiple class formats which then becomes a virtual classroom’.”

Khan added that this was only one leg of it and the second leg of the solution involved collaborations with media and content partners. These agreements were secured in order to ensure that the content is available which alleviates the problem of three or four children having to share one textbook. According to Khan, the connectivity can be reached by accessing an iPad or any tablet that has Wi-Fi capabilities.

YahClick’s visionary leader then expressed how he didn’t want to focus too much on the solutions, but instead said it was important to examine the incredible societal benefits the introduction of both solutions would have in these rural parts of Africa.

Khan added,” I don’t want to focus too much on the solutions, but more on the application and the principle of the socio-economic development it will have. I mean it’s not entirely altruistic. We all want a better socio-economic environment within the world, but when I say it’s not entirely altruistic, obviously there is a monetizing operating model underneath it. One of the models that we have is that as Yahsat and YahClick, we don’t have licenses in each and every one of these countries. So what we do is identify a service partner that has a license. However, the service partner at the same time - and this is not coincidental - are also government agencies rolling out some government projects.”

Khan explained that YahClick gets the benefit of rolling out the last mile in areas where fiber and copper aren’t practical or economically viable. However, at the same time, these partners then identify rural communities that are underserved and YahClick partners with the solution developers to create a tripartite agreement.

In addition to this, Khan expressed his confidence in the projects and that he firmly believes both will be a massive success, although he did acknowledge that the operating model is still in its early stages, but said it was a ‘no-brainer’ for governments in Africa to address these two very specific and important issues.

Khan concluded by saying, “This is the model we have, and whilst it’s still in its infancy, we’re very confident it’s going to be successful. We’ve done a number of proof-of-concepts and we’re now at the stage where we’re going to government agencies - and we’re saying we’ve got this model and it’s not going to cost you an arm and a leg. We can subsidize the CPE and subsidize the bandwidth and this is how we can work together.”