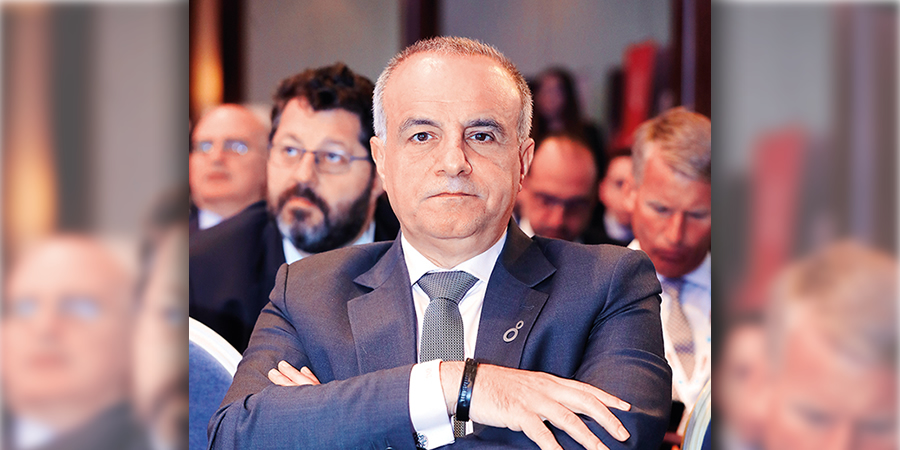 With the aim of knowing where Ogero is exactly in the implementation of some of the major projects it launched last year, Telecom Review interviewed Imad Kreidieh, Director General and Chairman, Ogero, who announced when exactly will Lebanon have public Wi-Fi and its own national datacenter.

Kreidieh explained more about how Ogero is working to keep Lebanon below the global network malfunction benchmark and provide higher internet speeds. With MWC coming up, the Director General and Chairman stressed the importance of having a Lebanese pavilion at the international exhibition.

A new Minister of Telecommunications was appointed in Lebanon. What are your thoughts on the new appointment?

Just like our former Minister of Telecommunications H.E. Jamal Jarrah, our new Minister H.E. Mohammed Choucair has already started to think of ways to develop the sector because he realizes the importance of the ICT sector and its contribution to the economy.

H.E. Mohammed Choucair has expressed his keenness to continue the execution of the plan we elaborated with H.E. Jamal Jarrah and look into ways to further develop the sector.

We are optimistic and we hope that under the supervision of H.E. Mohammed Choucair, we will be able to overcome some of the obstacles we’re facing in order to expedite the implementation of the plan.

Lebanon just stepped up 6 ranks in the international speed average on fixed broadband. Will we see further progress in 2019 in terms of fixed broadband speeds?

The improvement of Lebanon’s ranking is a result of the hard work and efforts deployed and it reflects the improvement of networks and quality of internet in many regions. We are gradually increasing the number of cabinets and central stations and shifting to fiber optics. Consequently, in 2019, we forecast an even better ranking in terms of internet speeds. Whenever we roll out fiber optics in new areas, internet speeds are increasing. We are also examining the possibility of lowering prices which will give more people the chance to benefit from higher speeds, thus further improving our global ranking.

We are always trying to stay below this global benchmark. In fact, we had previously the impression that our network malfunctions exceed by far the global rate however, we realized that we were wrong when we started taking record of the number of malfunctions and the time taken to fix them.

In 2018, we were below the global benchmark of 25% and that can be associated with the fact that we’re more proactive now, we’re following up with our customers more and we’ve adopted a customer-centric strategy. Our network is not ideal yet but we’re endeavoring to further improve it. Just like any network in the world, ours can be subject to malfunctions and we’re trying our best to always fix them as quickly as possible

Aiming for zero malfunctions is impossible. Networks which are basically made of cables - whether copper or fiber – are prone to malfunctions and technical problems. Our goal is for our network’s malfunction rate to stay below the global benchmark and reach the rate of 8% per year which is that of countries boasting very advanced networks.

It is estimated that Cadmus submarine cable to become out of service within three years. What about the new cable project that you started studying? What changes and improvements this cable will hold to the telecommunications sector?

All submarine cables will no longer be operational after a certain period, which requires changing the equipment to improve the quality of telecommunications services. Cadmus is one of the submarine cables that link Lebanon with other countries and is set to be out of service soon which means it will be replaced by another cable.

New technologies will come along with the new submarine cable that allows both the sender country and the recipient country to upgrade the equipment which will lead to an increase in capacity and improve data flows. The most important thing for us is that the new cable that links Lebanon to the world has several landing points so that in case of a malfunction, we won’t be faced with an internet outage.

Cadmus is set to be replaced by the new cable Europa which will be operational along with the IMEWE cable so that Lebanon will be able to have the necessary capacity and provide internet services to the citizens in case one of the cables was temporarily dysfunctional.

In 2018, you have announced two major projects: Public Wi-Fi and the establishment of a national datacenter. Where are you in achieving both projects?

Regarding the public Wi-Fi project, we have launched a tender which results will be announced by the end of February to choose the party to handle the deployment of this service. Ogero’s public Wi-Fi will be launched first at Beirut’s International Airport and then will reach public squares and parks in downtown. We expect that Beirut’s airport will have public Wi-Fi by the summer.

Moreover, Ogero proposed last year another important project which is the establishment of a national datacenter under the umbrella of a private-public partnership. The project has been transferred to the privatization commission that has been assessing it and is currently undertaking its final review. The execution phase is expected to be announced in spring. I am very excited for this project because it is the first step towards digital economy in Lebanon given that datacenters are a fundamental part of a digital economy’s infrastructure.

MIC1, MIC2 and Ogero will be the anchor tenants of the national datacenter and will be the first to put their data. Ministries are also invited to place their data in the datacenter in order to embark on our digital economy journey. We also hope that legislators will be able to enact the appropriate laws for us to truly benefit from this project.

Ogero’s presence was remarkable last year at the Mobile World Congress and is set to be even better this year. Why is it important to be present at such an international exhibition?

When participating in the Mobile World Congress, Ogero’s main purpose is to promote the Lebanese pavilion that includes several Lebanese telecommunications and ICT companies. We are encouraging Lebanese start-ups to take part in MWC to show the world that Lebanese entrepreneurs are creative and very talented. The Lebanese pavilion gives Lebanese entrepreneurs and companies the opportunity to introduce themselves to the world.

Are you planning new projects to be launched in 2019 or will you focus on achieving the projects you have already embarked on?

The technological field holds endless development possibilities, but we have to set our priorities. Ogero is working on 30 projects at the level of the smart infrastructure and fiber infrastructure in order to keep up with leading countries. Work is still yet to be done, that’s why, in 2019, we will continue the implementation of the projects we had launched in previous years before launching any new projects.
Tweet