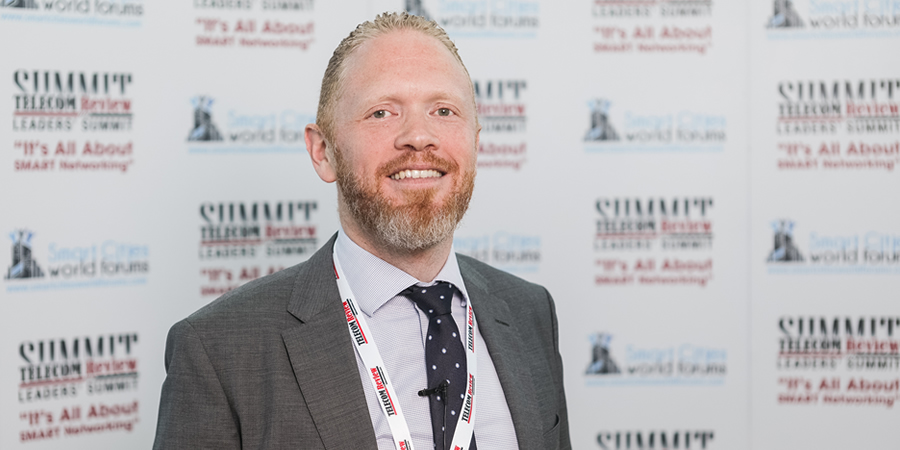 UAE operator du has always been at the forefront of the country’s technological development with the revolutionary solutions and services that it offers to its customers. Lately, du has been very active in the area of smart cities given the efforts deployed in Dubai to make the city a leading smart city. In this context, it has chosen to take part in the 2nd edition of Smart Cities World Forums’ “Building the SMART Future” conference as the Smart ICT Partner. At the event, we spoke to Jihad Tayara, VP ICT Business Development, EITC, to know more about the operator’s participation in the event.

In the interview, Jihad Tayara expressed how proud du was to be a partner of largest ICT event in the region where high level industry leaders meet to discuss the most trending topics and their impact on the telecommunications and ICT industry.

“We are very happy and proud to participate in this event as the Smart ICT partner,” he said. “It’s one of the best networking events that take place in the UAE and the region. The most impressive thing about it is that it is transforming from a traditional telco event to an ICT and smart city event. Most of the breakthrough technologies are being represented and discussed which is something to look forward to”.

As part of du’s participation, Jihad Tayara was a panelist on the panel entitled ‘Characteristics of leading smart cities’. The panel mainly tackled how advanced technologies are key enablers of smart cities and the role operators are playing to accelerate the establishment of smart cities in the region.

During the panel discussion, it was clear that every panelist had its own definition and perception of a smart city. For du’s VP, a city is smart when smart solutions are deployed to overcome the challenges residents are facing.

“In order to achieve this goal, we are using technology to transform the city into a smart city, thus leading to the happiness of residents,” he said.

“In Dubai, we are building a smart city platform to integrate all government entities. This platform is the digital enabler of all governmental organizations and gathers all the data from every single Dubai government department”, Tayara continues to explain more how du is striving to drive smart cities’ development and Dubai’s journey in particular.

“We’re involved in many other initiatives at the level of IoT. We’re developing the largest and smartest IoT deployment in the UAE in partnership with Injazat, which is an initiative by the Ministry of Interior. In addition, we’re building the smartest district in the region in Dubai Silicon Park where we’re developing more than 25 smart services across the district.”

According to du’s executive, a smart city is not about a central project, it’s about a multitude of initiatives that will lead to the transformation into a smart city, which is why du has launched numerous initiatives in this regard and aims to launch more in the future.

On Blockchain, Jihad Tayara was confident that the technology’s deployment will rise in the years to come because of the real opportunities it provides which are nowhere near digital currencies that first created all the hype around Blockchain.

In this context, du had signed a MoU with Consensys during GITEX 2018 to build the first Blockchain Platform as a Service in UAE (BPaaS). BPaaS represents the outcome of du’s initiative to meet and support the UAE blockchain strategy that was launched in April 2018, by His Highness Sheikh Mohammed Bin Rashid Al Maktoum, Vice-President and Prime Minister of the UAE and Ruler of Dubai.

The strategy aims to capitalize on the blockchain technology to transform government transactions into the blockchain platform by 2021. BPaaS offers a shared environment for du clients to host their blockchain-based POCs and production systems.

Blockchain Platform as a Service (BPaaS) offers an easy way to explore new technology and how it can be used to help businesses access and develop blockchain-based applications. They can then focus on the business use case itself as it plays across all the industries including government, financial services, insurance, supply chain, healthcare, education, and transportation to name a few.

“At GITEX 2018, we announced a blockchain platform as a service offered to the community in the UAE and that can be utilized as a subscription-based service. We are also working on services on top of this platform that will have a key role in the smart city transformation as well,” he said.

Whether Blockchain’s adoption will increase in the Middle East or not, Tayara explained, “There’s not as much hype around Blockchain today as there was a couple of years ago. People are now seizing the real opportunities presented by this technology. Blockchain projects that will make an impact on the society and organizations are the ones that are surfacing and being deployed. Therefore, I project growth in terms of Blockchain which is no longer linked to the bitcoin and digital currencies that were creating all the hype around it.”