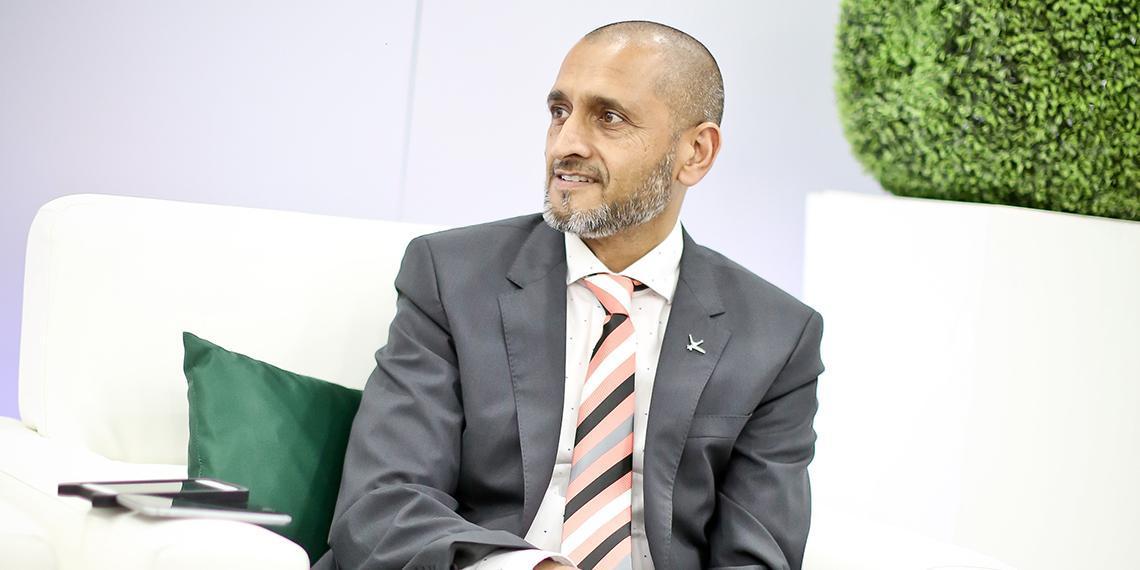 Yahsat's third satellite, Al Yah 3, is "all go for 2017" said Chief Commercial Officer Farhad Khan speaking to Telecom Review on the sidelines of CABSAT satellite expo in Dubai. The UAE-based satellite operator is gearing up for the launch of the Ka-band satellite later this year, and CABSAT was the perfect venue for Yahsat to share its progress and reflect on a tough 2016 for the industry.

Yahsat's third satellite is poised to fuel growth for the business and significantly expand the operator's coverage area to be a truly global company. Once the new satellite is operational, Yahsat will offer satellite broadband services to Brazilian and African consumers, enterprise markets, internet service providers (ISPs) and telecoms operators.

"Things are all go for 2017," said Farhad. "Bear in mind that when we do launch a satellite there is about a two month period which we use for user-acceptance testing and commercialization. We are venturing into South America, mainly Brazil, and we plan to cover 95 percent of the Brazilian population. In addition, we will enhance our coverage in Africa, almost tripling it, taking it to a total of 28 countries in the continent, covering 60 percent of the population."

Yahsat's demand is recovering after a slowdown following global economic woes last year, particularly the oil price plunge. Because Yahsat has become a global satellite operator, it faces "multiple challenges" in the areas it operators, from Africa, to the Middle East and Asia.

"What happens in Nigeria or South Africa affects us just the same as what affects us in the Middle East," said Farhad. "For a variety of reasons there was a global slowdown, but Yahsat's advantage is that we're small, we're nimble, and we're agile. We were able to weather through the storm."

Al Yah 1 and Al Yah 2, Yahsat's satellites currently in operation, are keeping busy right now, said Farhad. There's also a "massive body of work" the company is engaged in right now preparing countries for the launch of Al Yah 3. Partnerships have been crucial to the success of Al Yah 3, he said.

Kratos' EPOCH IPS will offer command-and-control (C2) services for Al Yah 3, and will, in due course, replace the C2 systems which are currently being used by Yahsat's existing Al Yah 1 and Al Yah 2 satellites. The solutions will further enable Yahsat to simultaneously control various satellites from different manufacturers with a single consolidated system.

The benefits are expansive and include the ability for X SAT to leverage high-speed and economical capacity from YahClick's network full control and management of their allotted capacity and, an ability to commission, control and monitor their own remote sites, while designing and configuring their end-to-end IP network.

As Yahsat focuses on expanding its coverage area across the African continent, the company is in talks with local service providers to reinforce the presence of YahClick and strengthen its customer care. The launch of Yahsat's upcoming satellite will see the roll-out of YahClick, the company's cost-effective satellite broadband service, to 19 new markets in Africa.

YahClick, delivered through a modem and small satellite dish, is currently the number one satellite broadband service in Africa, providing subscribers access to uninterrupted, high-speed internet anywhere in the coverage area with in-country technical, operational, and customer care services.
Yahsat has been applauded for ‘opening the world to Africa' through YahClick. Satellite technology coverage for broadband can "cover everybody wherever we have a footprint," said Farhad. "Most of our focus is in the un-served and under-served areas."

There is strong demand for satellite services in areas where there is "very patchy" and "unreliable" service, he explained, and while there are small companies, NGOs and government organizations helping to improve infrastructure and connectivity in these areas, the need for high-speed connectivity via satellite is "crucial".

YahClick has been a game-changer for projects Yahsat has initiated for irrigation, education, healthcare and government services, said Farhad. Trialing these solutions, he explained, "we've created a level of critical mass, because now, there are subscribers in these areas who previously had no access to traditional broadband internet connectivity."

Farhad said Yahsat will continue evolving to meet the rapidly growing demand of mobile operators and ISPs by tailoring solutions for them. Yahsat's services will "act as a complement to traditional ISP coverage," he said. "In areas where they don't have terrestrial networks, we can complement and substitute the technology for them to ensure they have sufficient coverage."

Will 5G have an impact on the satellite industry? Yahsat keeps a close eye on trends shaping telecommunications and satellite communications, said Farhad. Yahsat keeps in mind that technologies such as 4G and 5G will, to some degree, be a threat, because of the way they increase the number of substitute products that Yahsat's customers will have access to.

But looking at the bigger picture and focusing on the way 3G, 4G and 5G have evolved over the years and where the focus areas are, Farhad said the biggest barrier to entry has "always been the cost of devices which only come down after a period of time."

"Whilst the technology penetration of these new high speed networks will happen, the attractiveness for an operator to go into the middle of nowhere to cater to a few pockets of settlements will never be feasible," he said, illustrating the area of connectivity where satellite communications plays an important role. "There is always the ability for telecom operators and satellite operators to co-exist."

Yahsat plans to venture into new services in the future such as in-flight connectivity. "There's a lot of research and development going on behind the scenes to make sure that we can offer superior solutions to what is currently available and that the partnerships and the ecosystem that we create is amenable to all parties and stakeholders," said Farhad. "We are making great progress in that area of the business."