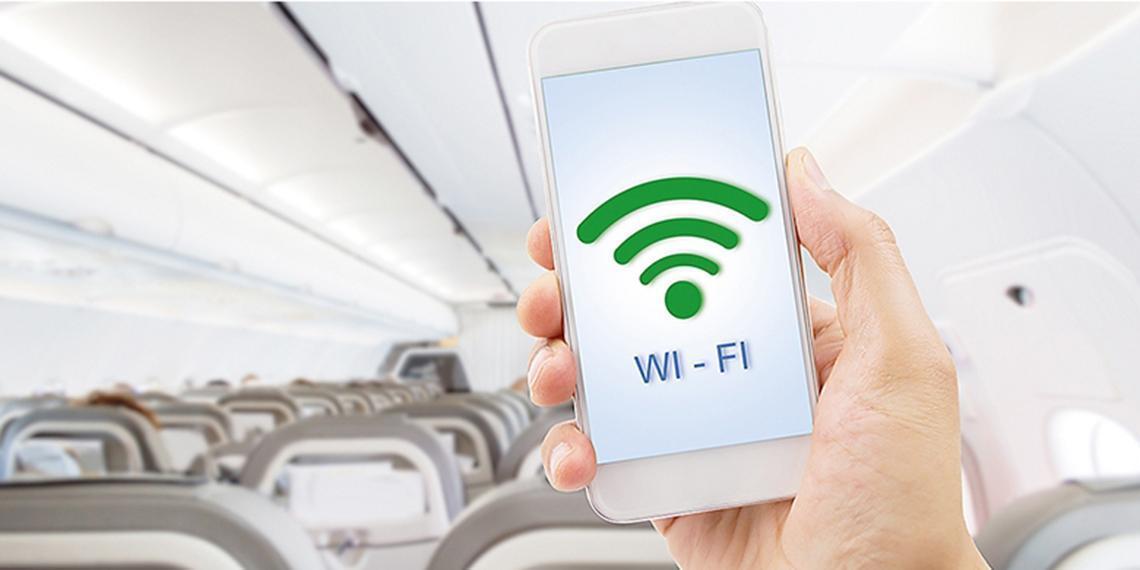 WiFi connections now exist almost everywhere in modern infrastructure, found in a multitude of areas, from cafes to your local bus stop, airports, schools and offices. Without the convenience of WiFi, connecting with people on-the-go wouldn't be anywhere near as easy as it is today. For a long time, WiFi didn't penetrate the commercial airline industry. Traveling through the sky, passengers were expected to switch off their mobile phone and accept a general lack of connectivity with the world below. That tradition has changed in recent years, with the emergence of reliable and often free WiFi services available on commercial flights.

Only a handful of airlines currently offer free in-flight WiFi services, including Emirates, JetBlue, Norweigian, Turkish Airlines, Air China, Philippine Airlines, Hong Kong Airlines and Nok Air. It's a trend that will no doubt expand as more airlines begin to realize the benefits of keeping their passengers connected in a digital age.

Internet availability on aircraft is increasing steadily among leading Middle Eastern airlines which are known for providing luxurious services. ""We are expecting the region to have one of the largest rollouts of connectivity of any major region over the next few years,"" said Heath Lockett, senior analyst of aerospace, a US-based research company.

""This is driven by a number of airlines such as Emirates Airline, Etihad Airways and Qatar Airways, which are offering vast levels of luxury to their passengers, with connectivity being a key part of the current plans with existing aircraft and future plans for new additions to their fleets,"" Heath added.

Origins of in-flight WiFi
Back in the 90s, aircrafts used to feature clunky Airfone handsets. Every call would cost a small fortune, offering nothing more than a short static-filled interaction with someone on the ground. Those calls were made possible by towers distributed on the ground. When airlines came to the conclusion that passengers weren't really using the provided Airfones, the frequency was repurposed by Gogo who stepped in to develop the service into internet connectivity for passengers.

The execution seemed simple enough: airlines had to install an antenna to the bottom of an aircraft, enabling it to communicate with the ground stations. However, ground stations obviously couldn't be placed in the ocean, so for international travel, a different solution was required. That's where satellites eventually came in to play.

Satellite bandwidth is more expensive, which made the commercial model difficult at first, but today it is flourishing. In early in-flight WiFi adoption, wireless antennas also became a problem. For instance, the Federal Aviation Administration (FAA) had to make sure that all aircraft could continue a flight if the radome (radar that covers the antenna) was hit by a bird traveling at 400 miles per hour.

Fast-forward to 2016, and there are various types of in-flight WiFi available to passengers who like to keep connected while travelling. For example, the ATG system of WiFi, designed for domestic travel over land, requires two antennas that are dually installed on the bottom of an aircraft, able to pick up signals from land-based cell towers below.

A flight attendant must switch the ATG system on so that the aircraft can begin picking up signals from the below towers. Majority of ATG services provide passengers with WiFi speeds of approximately 3 Mbps, which is sufficient for checking emails and social media. While Gogo's latest ATG-4 system is able to support up to 10 Mbps, it isn't available on as many planes as the slower ATG-3.

Satellite Ku-band service is another means of in-flight WiFi, popular with in-flight entertainment providers like Gogo, Panasonic Avionics Corp. and Row 44. Ku-band covers a much larger area than ATG, and allows passengers to stay connected even when flying out of range of ground-based cell towers or over vast ocean.

A common Ku-band antenna is located within a dome-shaped device that rests on top of an aircraft, similar to a rooftop television satellite dish on a house. The antenna must be directed towards the transmitting satellite as the plane flies. Passengers are provided with WiFi services once the antenna picks up the satellite signal, providing speeds of up to 30-40 Mbps.

While the speeds provided by Ku-band are much better than ATG, efficiency depends on how many aircraft one satellite serves. Due to the distance that a signal must travel, satellite WiFi connections often suffer from latency issues that do not affect ATG.

Ka-band is another solution for in-flight WiFi, formally used for military communications. It is the fastest WiFi service available for airlines, and is popular with JetBlue, Virgin America and some United 737s. Ka-band is powered by satellite and wireless-service provider ViaSat, powering Ka-band with its ViaSat-1 satellite, which is more effective than Ku-band satellites, promising speeds of up to 70 Mbps to each aircraft (similar to speeds you would experience at home).

ViaSat's Ka-band satellite, launched in 2011, was the only satellite of its kind, thus only serving the US. However, the company plans to launch a second Ka-band satellite this year which will subsequently cover Canada and areas of Europe. Virgin America, taking advantage of the exclusivity of Ka-band's availability in the US, has opted to use a Ka-/Ku-band hybrid receiver on its A320 aircraft, allowing it to switch between Ku- and Ka- bands depending on which has a stronger signal. According to Virgin America, this allows its passengers to stream Netflix and Spotify.

In most modern aircraft, in-flight WiFi systems rely on similar technology that was used to outfit planes with the first seat-embedded in-flight phones. A typical aircraft will host a series of black boxes (not to be confused with flight recorders) tucked behind the wall panels, lining one side of the airplane, set slightly above the windows. These boxes serve as the WiFi access points.

fficially called Wireless Access Points (WAPs), the boxes function similarly to routers found in a home. However, these routers are a lot more expensive and very fragile since they're placed in an aircraft.

An important thing to remember when flying with various airlines and comparing the WiFi systems, is that the downloading speeds are all controlled. All in-flight WiFi has the potential to be fast and efficient. However, all aircraft keep the service ""auto-throttled"" as a means of distributing the service equally among the passengers. As a result, in-flight WiFi will always be quicker with fewer passengers.

Challenges facing the industry
In-flight WiFi has faced a number of challenges. Airlines reliant upon ground-based cell towers have faced various connection issues. Flights over the US are fine because the country has widespread cell-tower distribution. But even in remotely populated states, such as Montana and Nebraska, cell towers are more spread out, often causing antenna signals to disconnect.

Of course, these issues get worse the further an aircraft travels from city hubs, such as areas near the North and South Pole, where cell towers aren't available, causing a disconnection for passengers. Similarly with regions in Russia and China, access is often restricted due to political policy.

To solve the issue of connectivity interference with the ground, the new ATG-4 service adds two additional antennas to the side of an aircraft - currently being added to some commercial planes today. Testing of the service on Gogo's 737-500 flying test bed prove that ATG-4 is efficient enough to stream video. However, auto-throttle is likely to reduce the availability of data for passengers.

Gogo has reportedly improved its Ku-band housing that sits on top of an aircraft, claiming that its new satellite-based 2Ku service will feature a dome that is only 17mm thick and able to deliver speeds of up to 70 Mbps. This is a significant improvement for any airline, seeing as common dome models carry a 400- 600-pound fuel penalty for each flight; thus, reducing the weight could save thousands of gallons of fuel and reduce aircraft emissions.