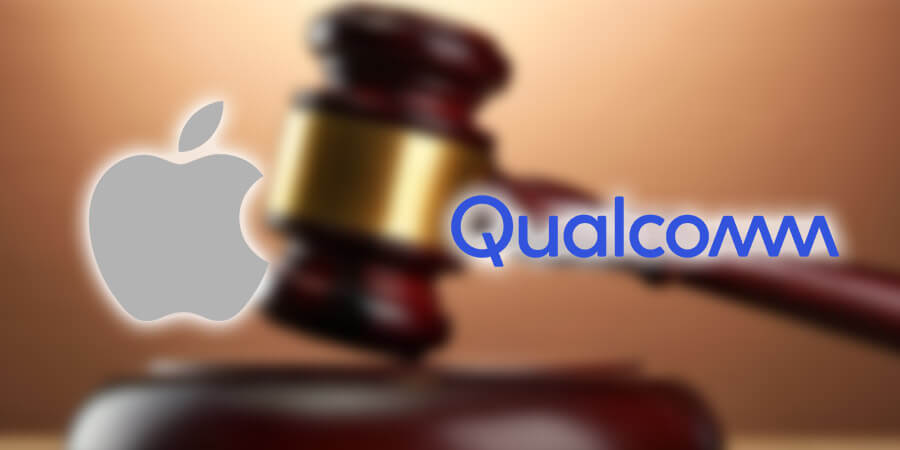 Qualcomm's long legal battle on Apple has escalated recently. The semiconductor giant now accuses the apple brand of stealing its manufacturing secrets and sharing them with its rival Intel.

Qualcomm added this new accusation to the proceedings initiated in the summer of 2017 against Apple, according to court documents.

US chipmaker accuses Apple of "orchestrating a multi-year campaign of false promises, underhanded and subterfuge to steal confidential information and trade secrets from Qualcomm" to help Intel and other rivals in the field of mobile chips. The purpose of Apple was to buy this type of chips to Intel rather than Qualcomm, accuses the latter.

"Once again Apple has betrayed its contractual commitments and has appropriated Qualcomm's rights to improve its performance and increase its profits," said Don Rosenberg, Legal Director of Qualcomm.

After being questioned, Apple referred to a comment made in June 2017 during the first complaint of the micro-processors maker.

"The illegal way that Qualcomm does business hurts Apple and the entire industry," already explained iPhone’s inventor. "They provided us with a single-use component but for years they asked us for a percentage of the total cost of our products," says Apple.

Apple has long worked with Qualcomm before turning to Intel but launched early last year lawsuits against the first and claimed billions of dollars in compensation.

Similar lawsuits have also been filed by Apple against Qualcomm in China where Qualcomm counter-attacked.